Fortunes Due and Fitting 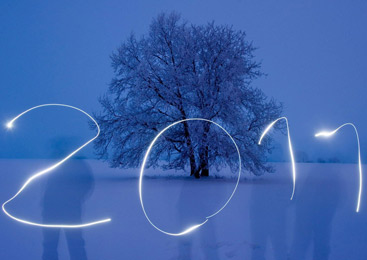 This year may start out looking like the last, dipping down later and then resurfacing with hope. Like last year, 2011 will be a year of transitions. What's kept the global economy stable – fiscal and monetary stimulus in the West and asset bubbles in the developing world – may also act as a catalyst for the next crisis. The timing for that crisis will likely occur in late 2012.

Last year began with an overwhelmingly bullish sentiment. The consensus was that the "cycle" had turned, and that the upward trend would last for years. But by the middle of the year, the evidence came to suggest that the economic bounce didn't expand beyond the stimulus. The global economy didn't behave like a stalled car which would simply accelerate after a push.

The double dip fear sent markets tumbling. The selling stopped when the Fed began to talk about its second round of quantitative easing measures, which sent the stock markets soaring.


Adding to the optimism was the Obama tax cut package, in which the upward momentum was carried through to the year's end.

The news on sovereign credit crises dominated the news flow out of Europe. The euro went on a roller coaster ride on the news, ending at a good level. Tracing its trajectory will help us understand the magnitude of the euro zone's problems relative to the U.S.

In the end, the euro zone stacks up well against the US dollar. The state governments in the U.S. are struggling with fiscal problems as big as the fringe euro zone countries. The U.S.'s debt level is much higher and rising faster.

As per usual, Japan's economy is an enigma. Its economic data rarely trends one way or another. But the yen remains quite strong. When the issue of Japan's national debt is raised, the markets become more timid. But it is geopolitical news that dominates the Japanese markets. In particular, it's evolving approach toward China. Its foreign minister personifies the trend. He seems to relish a fight, even when none seems to be in sight.

The biggest political event in Asia isn't the dramatic posturing between North and South Korea, it is the deteriorating relationship between China and Japan. Both China and Japan are not hot-headed – but they will be taking silent action to get at each other for some time to come. I suspect that it will last for at least another two years.

North and South Korea are at the forefront of our attention because of their outward hostility. The world blames the North for shelling a nearby island under the South's control. But there is more to the story than this.

The incoming South Korean government took a hawkish stance toward North Korea. I'm not trying to absolve the North, but it is important to identify the change that set the process in motion. The tension will continue further into this year. South Korea's president has a strong desire to prove that he is a leader with a sense of resolve. North Korea has backed down in the South's latest show of force – but it will hit back at a time of its choosing.