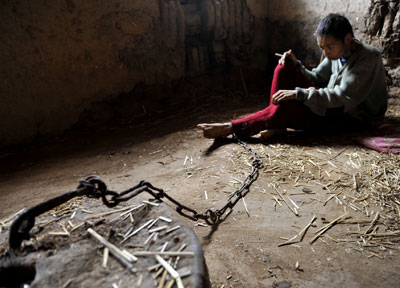 picture
Chen Deming was dropped off at an asylum wrapped in a sheet, with a woven bag over his head and all four limbs bound with adhesive tape.

Chen's wife and several of her relatives had tied up the Fujian Province man before making the bizarre delivery in 2010.

Chen was not mentally ill, doctors at two hospitals later concluded, and said he should be released. But a longstanding, unwritten rule the governs Chinese mental facilities says only a person who brings someone to an asylum can retrieve him or her.