Getting a Healthy Interest in Medical Tourism 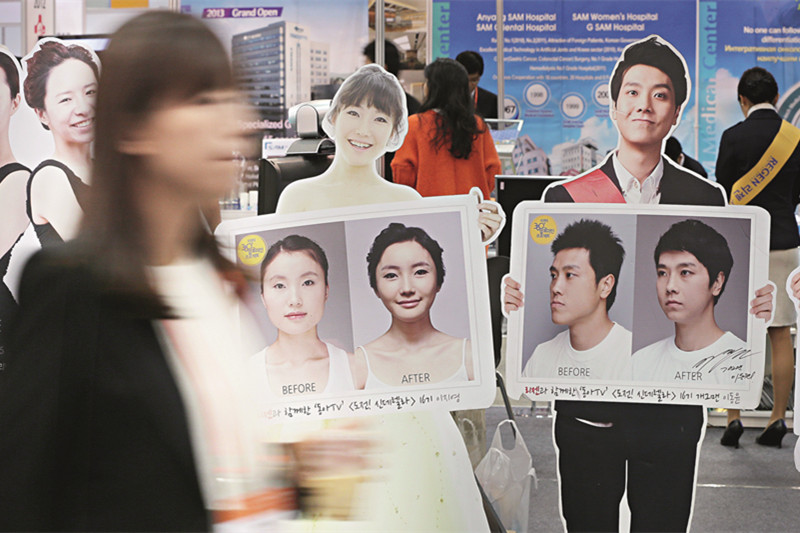 (Beijing) -- Among the many departing China for education, sightseeing and even outright emigration, a stream to go abroad is also building with the lure of overseas healthcare.

Five years ago, 57-year-old Mou was facing the end of his life when he was diagnosed with colorectal cancer. Doctors in China told him he wouldn't survive more than two years. Mou decided to go to the United States for treatment. He is now entering his sixth "survival year."

Earlier this year, Mou's daughter was diagnosed with breast cancer. She also decided to go to the U.S. not only to increase her chances of being cured, but to take advantage of health care that is centered around the well-being of the patient.

China's affluent class are queuing up to Japan for "high-precision" check-ups, the U.S. for cancer treatment, the UK for liver transplants, South Korea for cosmetic surgery, and Switzerland for placenta injections.

The hot destinations for middle-class Chinese include Thailand, India, Singapore, Malaysia and the Philippines given attractive prices for increasingly sophisticated treatments.

This so-called "medical tourism" is a worldwide phenomenon. According to a survey released by the Stanford Research Institute, the number of people traveling to other countries for medical treatment has doubled to 40 million since 2006. In 2013, the total spent on such practices was US$ 438.6 billion, accounting for about 14 percent of the world's overall tourism industry.

While there are no official statistics on how many Chinese people go overseas for healthcare, quite a number of foreign medical institutes are adding Chinese language services to accommodate the growing number of Chinese patients.

Both Gilbert H. Mudge, the president and CEO of U.S. Public Health Services (PHS), and Melissa Goodwin, in charge of Global Referral Relations at the Mayo Clinic, confirmed with Caixin that in recent years the number of Chinese patients looking for overseas healthcare has grown exponentially. The huge potential of the Chinese market is becoming the developmental focus of many foreign medical care institutes.

The medical tourism phenomenon in China has been highlighted with a growing number of celebrities making high-profile visits abroad for care. In 2012, Liu Xiang, a 110-meter hurdler and Olympic Gold medalist, withdrew from the London Olympics and went to London's Wellington Hospital, the largest private hospital in Europe, for his injury. Closely followed by the Chinese public, the former NBA star Yao Ming has made many trips to the Memorial Hermann Rehab Hospital in Houston for surgery. Meanwhile, well-known Chinese entrepreneurs have also paid visits to overseas healthcare institutions.

"These people have strong spending power and are particularly attentive to their health, so a lot of them choose to go overseas for their healthcare," said Mou, who counts himself in the same demographic. "This is not just for serious illnesses, but also for chronic diseases, rehabilitation therapy, nutrition and wellness, as well as other basic health tests."

As Cai Qiang, the founder and chairman of Saint Lucia Consulting, a Beijing healthcare consultation company said, "We have nearly 1,000 customers, and more than 80 percent are affluent businessmen in their 50s or 60s."

Meanwhile, the price of going abroad is affordable to a wide range of patients. "The U.S. is, relatively speaking, more costly, but places such as the UK, Germany and Singapore are only about 10 to 30 percent higher than China," says Cai.

Cai said in his estimation the majority of cases for medical tourism in China involve cancer patients, followed by those seeking cardiac or neurological treatments.

China's medical level is still fairly good, said Cai. "Some patients choose to go abroad for a medical examination, diagnosis and then they obtain a treatment plan before coming home for implementation in Chinese hospitals," Cai explains. "This is the most economical and optimal choice."

Patients with serious illnesses and deep pockets mostly go to countries such as the U.S., UK or Germany, while intra-regional medical tourism to South Korea, India or Singapore is becoming popular among the middle class. "Considering medical standards, facilities and treatments, the U.S. is considered the best choice. But it is also the most costly," Cai says. "In contrast, Britain is more cost-effective, the quality is good while the cost is half of that of the U.S. Meanwhile, in Asia, Japan also offers good medical care. The problem is that it's very hard to get a healthcare visa for that country."

Ultimately, survival rate figures from foreign healthcare systems offer a compelling comparison. In 2012, the American Cancer Society and the National Cancer Institute issued a joint report stating that, due to improved survival rates, by 2020 U.S. cancer survivors will increase from the current 1.37 million to 1.8 million.

The 2013 Chinese Cancer Registration Center's Annual Report showed China has 3.5 million new cancer cases per year with a death toll of 2.5 million. In developed countries, the average cancer recovery rate has reached 65 percent, while in China it stands at around 25 percent.

But the greatest difference lies in the diagnoses and the treatment plan. According to Melissa Goodwin, in the Mayo Clinic a patient-centered team of experts is formed. For example, a lung cancer patient's treatment team is comprised of internal and pulmonary physicians, lung cancer doctors, an oncologist, radiotherapy doctors, as well as social workers. "Each person has his field of expertise and opinions. Finally in synthesizing all views, the diagnostic result and treatment are defined. This result has to be endorsed by everyone."

In contrast, the various departments involved in cancer treatment at a typical Chinese hospital are are relatively independent. Mou still recalls going back and forth between different departments and struggling to make his own decisions after waiting in long lines for the privilege to speak to a doctor for less than 10 minutes. Other factors pushing affluent Chinese patients overseas include a lack of developed infrastructure for the most advanced medical instruments, as well as cost-effective anti-cancer drugs.

The Mayo Clinic's Chinese patients doubled between 2012 to 2013 and is expected to triple by the end of this year. Mudge said that PHS will establish hospitals in Beijing and Shanghai, and launch additional cooperation projects with domestic partners in cities including Shenzhen and Urumqi.

There are also a growing number of consultancy operations and travel agencies that offer services as translation, accommodation, paperwork, and tours. High-end customized trips for the super-rich or the affluent now combine sightseeing and physical examinations.

"The demand for overseas medical services will be immense in the future," said Zhou Kui, a partner at Sequoia Capital.

The positive flip-side to this is that China is encouraging private capital to go toward the building of hospitals, and gradually lifting restrictions on foreign direct investment for setting up healthcare institutes around the country. The rise of overseas healthcare travel, it seems, is having a positive impact back home on China's medical system.

"In a sense," says Marco Huesch, Assistant Professor at Fuqua School of Business, "the globalization of medical services will push each country to reflect on its own healthcare system and make it better."