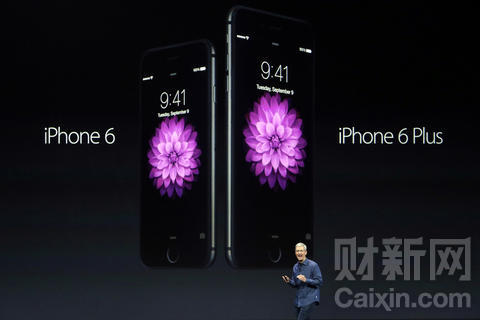 (Beijing) – China UnionPay Co. Ltd. and Apple Inc. have agreed to cooperate to bring the U.S. tech company's new smartphone payment option to China, a source with knowledge of the matter says.

On September 9, Apple unveiled its new line of smartphones – the iPhone 6 and iPhone 6 Plus – and a payment option linked to the devices called Apple Pay. The source said UnionPay, a state-backed bankcard association that runs a settlement system for cards bearing its logo, has already agreed to let Apple Pay link to its cards.

If the companies follow through on the deal, iPhone users in China could connect their bankcards to the devices and complete transactions at stores.

Apple has inked deals in the United States with Visa Inc., MasterCard Inc. and American Express Co. to allow Apple Pay to be used in transactions.

A deal between China UnionPay and Apple Pay will intensify competition with third-party payment companies like Alipay, an industry insider said. That competition also involves two rival technologies: the near field communication (NFC) type Apple uses versus quick-response (QR) codes, which have suffered a setback in China.

NFC is a short-range wireless technology that allows users to make payments by putting their devices near a point-of-sale (POS) reader. This technology requires a chip to be installed in mobile devices so information can be exchanged with the POS reader.

The QR code technology requires users to scan those square blotches of black and white that can send information about a Web page or product data to a smartphone via its camera. Users scan the codes, then complete the purchase on their phone.

In March, China's central bank halted QR code payments out of concern it could fall victim to fraudsters because the transaction is completed on the open Internet.

A source close to UnionPay said the company and its partners studied different types of payment models but held off from using QR codes because of fraud concerns. UnionPay has also tried to use NFC technology in cooperation with China's Xiaomi Inc. and South Korea's Samsung Group, to no avail.

A deal between UnionPay and Apple could work, considering the large number of iPhone users in China, the industry insider said.

China Mobile had 45 million iPhone users as of December, and that figure has grown this year. The figures from China Unicom and China Telecom are not known, and do not include the many people who buy Apple devices while abroad because they are cheaper. China's Big Three telecoms companies have agreed to sell the new iPhones.

Apple Pay will be available in the United States in October. It is unclear when it will be ready in China.