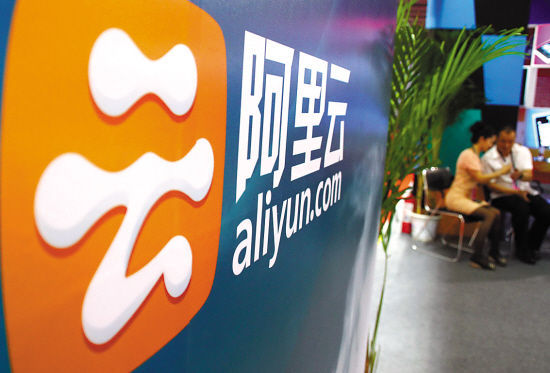 (Beijing) -- Most days are slow for the public information website run by the China Earthquake Administration. But if a quake strikes, even in a remote area, the site's hit count goes through the roof.

Wild, unpredictable spikes in demand for website access have in the past forced the CEA to own and operate its own servers. Those servers could handle a lot of traffic, but rarely was all that capacity put to use.

Then the cloud arrived. Since then, the geologists and disaster management officials who monitor and respond to China's earthquakes have stopped working with banks of under-utilized servers.

Government agencies across the country have likewise decided that Internet cloud services make sense. By using the cloud, agencies save money, boost efficiency and security, and never have to worry about a sudden spike in online demand overloading in-house servers.

The CEA and other agencies are buying cloud computing services even though the government's procurement procedures have yet to be fully developed. To be eligible for government contracts, cloud service providers must be certified by the Data Center Industry Alliance of China and pass the Trusted Cloud certification process.

Officials have also defined cloud services, service assessments and contract procedures, said Wang Ying, director of government procurement management at the Ministry of Finance. But a modern contract bidding system built by the government in recent years still applies only to one-time purchases of tangible goods, not cloud services.

As the shift to the technology accelerates, the finance ministry and Ministry of Industry and Information Technology (MIIT) are overseeing a top-to-bottom overhaul of the procurement system. The goal is to streamline cloud service deals.

Work is underway to write standards for government cloud services, notably in the area of assessing and grading their servers. Domestic providers such as telecoms are jockeying for a chance to influence standards. In a first step, an MIIT research institute devised the Trusted Cloud certification system.

"The core problem regarding government procurement of cloud services is that we need standards," said Ni.

Sources close to the finance ministry said that work is almost finished on a pilot plan for a government cloud procurement system. Central government agencies are expected to launch the country's first pilots. The services would gradually be extended to other government areas.

"We may adopt mandatory pilots," Ni said. "Our primary concern is deciding what percentage of projects should implement cloud procurement, establish a timeframe and set up a shortlist for the procurement."

The next step would involve finalizing bidding procedures. Afterward, Ni said, procurement officers could choose from among the products appearing on procurement center-approved lists. The current list of providers is based on those certified by the data center alliance based on commercial, technical and service skills.

Why are government agencies pushing for services on the cloud? Tian Jietang, an associate research fellow at the State Council Development Research Center's Technical and Economic Research Department, said agencies first and foremost want to promote the development of the industry. And they can do so by using some of its capacity.

Unofficial data indicates that the value of China's nationwide cloud services industry (not including upstream and downstream industries) will exceed 1 trillion yuan by 2015, according to a China Mobile estimate. That estimate is based on expectations for an enormous build-up, since the 2013-14 market was valued at less than 200 billion yuan.

Who will buy all that extra server space? The answer isn't clear, but the government wants to do its part.

A second reason for government interest in shifting from in-house servers to the cloud is the latter option saves money. In this area, China is following the lead of the U.S. government, which years ago adopted cloud services on a wide scale to cut costs and offset the effects of the 2008 financial crisis.

For a typical Chinese government information program that runs five years and costs 5 million yuan, experts say about 3 million yuan is quickly spent on all the necessary in-house hardware. An annual fee for the same program based on cloud services would cost 300,000 yuan, putting the project's total cost at 1.5 million yuan over a five-year period and saving 3.5 million yuan.

Che Haixiang, director of the Hangzhou Municipal Commission of Economy and Information's Office of Information Promotion, said the cloud is also more secure and efficient than any in-house IT system. And the cloud facilitates data operations and sharing among various departments in a company or government agency.

The government also wants to influence industry policies. Existing policies aimed at spurring development of the industry have been slanted toward building supply by, for example, offering subsidies to enterprises. Policymakers are shifting their attention toward supporting demand.

Annual spending by the government on information services exceeds 50 billion yuan, said He Baohong, director of the MIIT Research Institute's Standards Bureau. No one knows how much of this spending will shift from traditional computer servers to cloud services in coming years, but it could be substantial.

Telecoms dominate because they provide the high-speed Internet connections that make cloud services possible across the country. China Telecom and China Mobile, for example, are betting that their network access performance and security standards will help them secure clients.

But ISPs also have plenty of opportunities for growth, given their ability to easily meet demand for massive volumes of data.

China's view of foreign companies has soured since a 2013 scandal over information security tied to the U.S. National Security Agency. Thus, a foreign company's level of success in the country will be closely related to how well its government and the Chinese government get along.

In another wrinkle, some foreign companies have indicated that they do not want Chinese clients to audit their services and clients, even though Chinese cloud providers have no similar objections.

"Domestic cloud service providers had no problem with that, but foreign companies protested vigorously," said the source. "They did not want to be audited."

Perhaps the harshest battle is raging over still-developing industry standards. Standards involving "service availability," or the probability that a given level of operational performance will be met during a contract period, are among the most hotly debated.

These availability periods can be monthly or annual but "demands are higher for divulging availability monthly," said one source involved in drafting the standards. "Some mature enterprises want to adopt rigorous requirements to suppress the growth of their competitors.

"No cloud service provider believes itself to be the best according to every standard," the source said. "Compromises have been made. This has made for very delicate relations."

"The Trusted Cloud system stipulates the kind of information that cloud service providers are required to disclose to users, and then certifies that disclosed information is accurate," said He.

It is likely that center will soon begin seeking bids for cloud service contracts, based on the government procurement standards.

For now, it would be highly unusual for a provider to nail a government contract without first procuring Trusted Cloud certification. Providers are thus keen to win certification. In the future, Trusted Cloud will likely become an industry norm and the basis for requirements covering cloud services for various sectors of the economy including the finance, education and health care industries.

Since early this year, when the first standards came out, Trusted Cloud certifications have been awarded to 35 cloud services operated by 19 companies.

In the first round, awards went to more than 20 services run by China Telecom, China Mobile, Alibaba, Tencent, Sina, Baidu, JD.com, ChinaCache, CenturyLink and UCloud. Winning in the second round, announced in June, were services run by 360.com, Inspur, Kingsoft and six other companies.

A Trusted Cloud certification costs about 50,000 yuan per cloud service. The certification process for 20 services took about three months to complete.

A typical example of government agencies that successfully switched to cloud services can be found in Hangzhou, where the city's Urban Administrative and Law Enforcement Committee has replaced an IT staff and enough computer equipment to fill several rooms with a cloud services provider.

Altogether, 26 of Hangzhou's 45 government bureaus have made the switch, including the Municipal Commission of Economy and Information, the local transportation bureau and the public security bureau. Each cloud-connected department provides services to the public through the Internet, and more than 50 of these services are now cloud-based.

The Hangzhou government's objective is to integrate department information systems, support information sharing and communication, and lay a foundation for what some officials hope will be open access to public information.

Hangzhou started installing cloud services in late 2012, according to Che at the information promotion office.

"At the time," he said, "we had two prospective plans: Either build our own cloud services, or buy cloud services. In the end, we decided to buy them."

The pilot project launched last year was so successful that officials decided to stop buying computer hardware for most government projects. In the future, Hangzhou officials plan to put even more department services on the cloud.

More than 20 cities are looking at following Hangzhou's lead, including Jinan, Jinhua and Lishui. The cities of Zhuhai, Ningbo, Changzhou and others have also drafted plans for using cloud services.

In addition to the earthquake administration, central government agencies that now rely on cloud services include the Ministry of Education and the National Health and Family Planning Commission. Meanwhile, the finance ministry has been leading the push to improve cloud service procurement procedures.