Some Shanghai FTZ Reform Ideas Introduced to Rest of Country 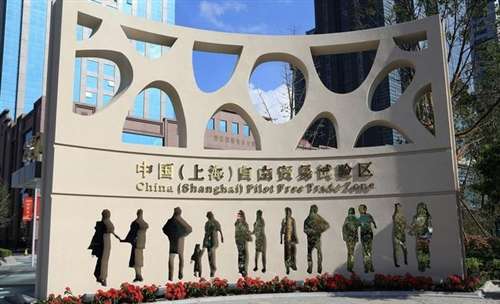 (Beijing) – The free trade zone in Shanghai that opened in late September last year has served as a testing ground for more than 20 reform measures that are also being introduced to other parts of the country.

The measures range from looser restrictions on investment and trade to trailblazing pilots enhancing the use of yuan overseas, the Shanghai government says. As of November 1, their number is at least 22.

Added to the list recently was one referred to as "two-way cross-border yuan cash pooling," which allows for more flexible yuan movements across borders and was limited to multinational corporations in the FTZ.

Under the program, big corporations can move yuan capital across borders between their subsidiaries and affiliated companies without having to report each of the transfers to Chinese regulators and gain their approval first.

The central bank recently expanded the program nationwide. The national policy is more stringent than the FTZ's in several aspects. It caps the net amount of yuan any corporation can transfer into the country at 10 percent of its cash pool. There is no limit on the amount it can transfer out of the country. The bank will adjust the ratio to suit the needs of the economy and credit supply, the regulation says.

Setting a limit on inflows reflects the regulator's concern about hot money attracted by the interest rate difference between onshore and offshore yuan markets, a source close to policymakers said. The interest rates of yuan deposits overseas are lower than those in China, encouraging investors to move their yuan into the country for higher returns. This would disrupt domestic money supplies if it happens on a large scale.

The regulation also limits the type of money that goes into the cash pool to operational revenue and returns from industrial investments. Cash from financing activities such as a bond sale overseas has been excluded.

Only corporations whose member companies have existed for at least three years are eligible for the program. The regulation also requires their members inside China to have at least 5 billion yuan in operating revenue for the previous year. The requirement for their overseas members is 1 billion yuan.

A committee formed by Shanghai government officials that oversees reform in the FTZ was evaluating the results of another more than 30 experimental initiatives, a source from the body said. It will advise the central government to expand them to the rest of the country in due time, he said. He did not say what those measures are.

The FTZ has been experimenting with a special account, known as free-trade account, which allows for even greater flexibility in cross-border yuan flows than the cash pooling program.

Money transfers between free-trade accounts and those between the accounts and offshore or non-resident accounts – opened with a bank in China by overseas entities and individuals – are not subject to the restrictions on the movement of funds between China and overseas accounts. Neither are they limited to the accounts of the same corporation's member companies.

It is much easier and faster to transfer money into and out of the country using a free-trade account, said Zhou Hehua, president of the central bank's FTZ branch.

Normally, because of the requirement for regulatory approval, it would take two to three days for a company to complete a transfer of funds across borders, Zhou said. Now the requests for tens of thousands of money transfers can be bundled together, and the bank's system can process them all automatically in about 30 seconds, he said. The recipient will get money in about half an hour.

Every free-trade account has a limit on the amount of funds that can be transferred within a period of time and it varies from one account holder to another, an executive of a foreign-invested bank familiar with the operation said.

The limits are decided by banks, which are required by regulators to deal with the risk on their own, he said, so in general, the lenders have been cautious in setting the limits.

Zhang Xin, president of the central bank's Shanghai branch, said the regulator monitors capital flows through the accounts around the clock. The free-trade accounts have created a system in which the regulator feels confident of pushing for more and stronger measures to open the capital account, he said.

By the beginning of October, 4,110 free trade accounts have been opened in the FTZ, said Zheng Yang, director of Shanghai government's financial service office.

All of those accounts have been closely monitored and so far there was no indication that they served as conduit for foreign speculative capital, Zheng said. This has laid foundation for the next step of reform to open the capital account, he said.

The Central Leading Group on Financial and Economic Affairs, the Communist Party's top decision-making body for economic policies, sent a team to Shanghai in October to examine the progress of reform in the FTZ. The team consisted of officials from the Ministry of Commerce, the central bank and the regulators for the banking, securities and insurance industries.

The investigators focused on how to coordinate and promote measures enhancing the convertibility of the capital account, a source close to the situation said.

The central government will continue to prioritize risk control and require financial services to combine closely with the real economy, said Li Bo, a central banker who helped draft the regulator's guideline for reforms in the FTZ.

According to Zhang, it will not support yuan convertibility in areas including financial derivatives investment, short-term capital flows and short-maturity foreign debt.

Under current rules, the central bank allows a company in the FTZ to borrow as much as its paid-in capital from overseas investors. The limit for a non-bank financial institution inside the area is 1.5 times its paid-in capital. The funds cannot be used to buy stocks, bonds, financial derivatives and make entrusted loans.

As of September 30, companies in the FTZ have taken out 82 loans worth a total of 17.4 billion yuan from overseas investors at an average interest rate of 4.1 percent, official data shows. The central bank's benchmark interest rate for banks on the mainland is 6 percent for one-year loans.

All such loans must have a maturity of at least 12 months, a bank executive familiar with the operation said. If the borrower deposits the loan with a bank in the FTZ, the interest rate it will get is equal to that for demand deposits. "This is to prevent arbitrage," he said.