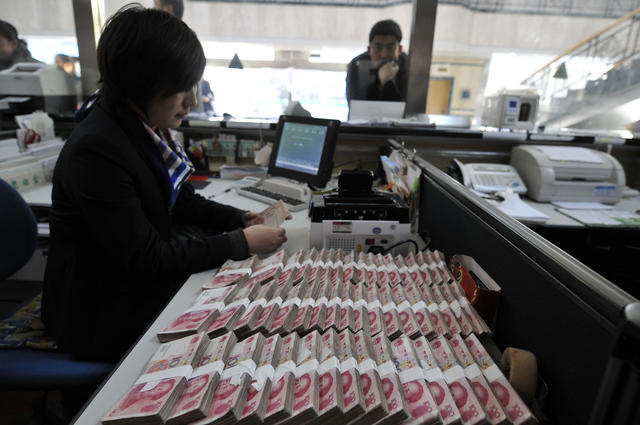 (Beijing) – The central bank has told banks to start counting interbank deposits together with general bank deposits starting in 2015 in hopes of broadening the scope of funds available for loans, according to a policy circular obtained by Caixin.

For now, the circular said, the new requirement will change the way deposits are recorded but will not subject interbank deposits to the same requirements for bank reserves that cover general deposits.

The market had anticipated the move ever since reports surfaced in November saying regulators were mulling the change to encourage lending. But ambiguity over whether banks would have to set aside extra reserves under the adjustment had caused wide fluctuations in interest rates on the interbank market, as bankers were preparing for what they expected would be liquidity shortages.

Here are a few questions and answers about the circular, and how it's likely to affect bank operations.

The policy redrew the line separating interbank and general deposits. Several types of interbank bank deposits, including deposits held by banks for other banks and non-bank financial institutions, will be regrouped and counted with individual savings deposits and business account deposits. The policy will affect China's popular money market funds such as Yu E Bao, which invest primarily by lending to banks through interbank loans.

The regrouped deposits will have to follow reserve requirements. But the policy sets the reserve ratio at zero, meaning banks at least for now will not have to set aside any extra reserves. The ratios for other regular deposits are 20 percent for large banks and 16.5 percent for small banks.

Will the policy encourage banks to increase their lending?

Theoretically, yes. Banks are required by law to cap their lending at 75 percent of client deposits, excluding interbank deposits. Some analysts have argued that if the restriction were eased, banks would have more money to lend. Although the policy does not change this restriction, it will effectively cut the ratios for banks by 5 percentage points on average, according to Haitong Securities.

Critics have noted, however, that the biggest problem standing in the way of more bank lending is on the demand side. Many companies currently are having trouble borrowing from banks because they can't meet loan requirements, they argue. And easing lending restrictions on banks is not expected to offer much help.

What will be the impact on liquidity?

The policy has put worries about a liquidity shortage to rest. When it was first reported November 19 that the central bank would redefine the scope of regular deposits, bankers were so worried they might have to increase cash reserves that they pulled back on interbank lending for one day, prompting a severe credit crunch that forced the interbank market to close 20 minutes late.

Unlikely. There had been worries among analysts that banks would be enticed to take advantage of different reserve requirement ratios under the policy. But interest rates on interbank deposits are generally much higher than those on general deposits, so the higher costs cancel out the benefits of zero-reserve requirements, according to a Guosen Securities research report.