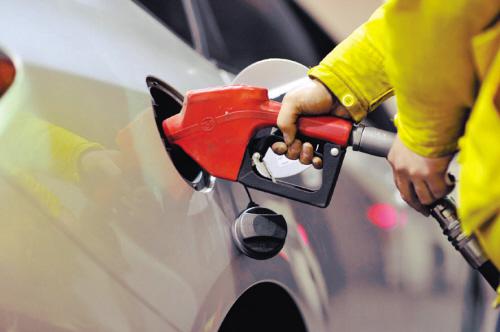 (Beijing) – The government has raised a tax on gas and diesel fuel for the third time in less than two months, prompting lawyers to complain the increases lacked transparency.

The Ministry of Finance and the State Administration of Taxation said in a January 12 notice that the consumption tax for 1 liter of gas is increasing to 1.52 yuan, and the levy on 1 liter of diesel fuel is rising to 1.2 yuan. The changes took effect on January 13.

The government also raised the consumption tax on November 28 and December 12.

Each time the two departments announced the tax rises, National Development and Reform Commission (NDRC), the country's top economic planner, followed by cutting fuel prices. The first time this happened the changes offset, but the next two times the tax raises were smaller than the cuts, meaning consumers enjoyed slightly cheaper gas over the period.

China's tax rate for gas was 38.6 percent, The Beijing News said on December 13.

The increases seen over the past two months spurred complaints from two tax lawyers.

"Tax rate changes are a big thing in a country," said one, who argued the rates should be stable and predictable. The lawyer said it was improper to make changes by simply issuing a notice.

The Communist Party stressed the importance of the rule of law at the third full meeting of the 18th Central Committee in November 2013, the lawyer said, and tax collection should be governed by a law.

China has no law covering consumption tax. In 1985, the National People's Congress (NPC) authorized the State Council to handle tax matters. The cabinet said in 1993 it has the right to set consumption taxes.

When the finance ministry and tax administration raised the rates on November 28, they said the State Council had approved the change. The next two notices did not say this.

Another tax lawyer suggested that the State Council ask the Standing Committee of the NPC for permission before making any changes. That committee acts on behalf of the country's top legislature between its full annual meetings, which usually come in the spring.

The ministry said funds collected from the tax increases will be used for pollution control measures, such as those for reducing the number of smoggy days in the capital, and promoting the use of new-energy vehicles in the country.

The NDRC has cut fuel prices 12 times from July 21 via a mechanism it adopted in 2013 that adjusts prices according to those for international crude oil over the previous 10 working days.