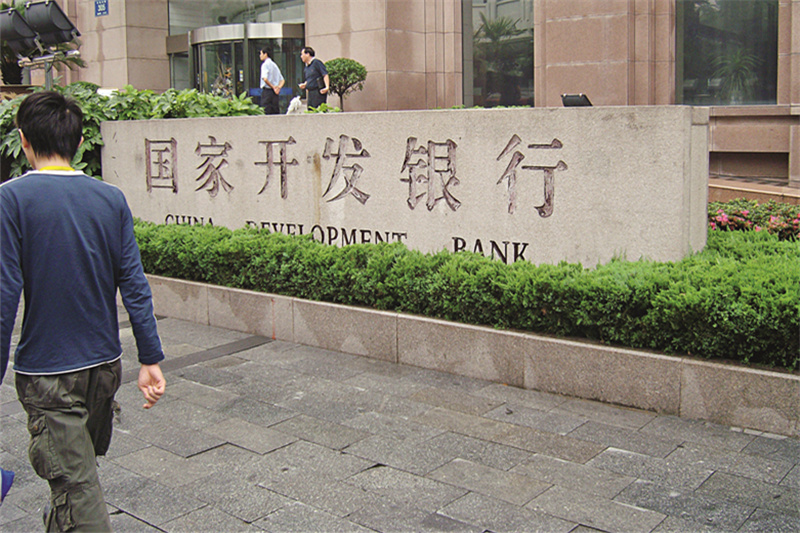 (Beijing) – Eight years after embarking on a road to becoming a commercial bank, China Development Bank (CDB) has returned to its old mandate as a policy bank that lends on government orders and enjoys favorable treatment.

A recent meeting of the State Council's Standing Committee redefined the bank as "a financial institution for development" that enjoys the same treatment as a policy bank, people close to the situation said.

As a result of the change, bonds issued by the bank will have the highest possible credit rating because their repayment will be guaranteed by the central government.

This will significantly lower the bank's financing costs because it is not allowed to take in deposits from the public like a regular commercial bank. Proceeds from bond are its primary source of borrowing. Without the state credit's backup, CDB's bond yields have been pushed up to 6 percent during times of liquidity shortage over the past several years, compared with its long-term average of about 4 percent.

"Only when it has the ability to raise low-cost capital can the bank provide relatively cheap funding to the country's strategically important projects and enterprises," a source from CDB said.

The bank's operations will be divided into three categories, with for-profit commercial lending on one end, policy-based lending on the other, and development finance in between.

Questions remain as to what "development finance" means and how it should be differentiated from the other types of lending. Neither the government nor the bank has a clear answer to that question.

Chen Yuan, the CDB's former chairman, pioneered the notion of development finance, saying it differs from commercial lending in that it helps build a market instead of simply using it. Chen left the bank in 2013 to lead preparation work for the New Development Bank, the so-called BRICS bank.

In other words, development finance supplements commercial loans by leveraging market-driven financing tools. It means lending to borrowers before other lenders show interest and leave the market when there are enough competitors.

That is a good theoretical framework, but in terms of practice, far too many details are lacking, another person from the CDB said.

The definition does not tell loan workers how to distinguish development finance from commercial and policy loans, which are governed by different regulations and accounting rules, the source said.

"Many of the bank's existing operations will have to be redefined under the current framework of development finance," he said. "There are still many questions that need to be solved."

The CDB started its commercial transformation in early 2007 under Beijing's direction. In December 2008, the banking regulator officially categorized it as a commercial bank.

But over the years the government kept leaning on it for funding for infrastructure and social welfare programs, strengthening rather than weakening its political function. The bank's expansion to regular industry and service sectors has also been criticized by commercial bankers and financial experts, who say it is taking advantage of preferential policies that should have been limited to loans that other banks do not want to extend.

The curious combination of a surge in both commercial and non-commercial loans has seen the CDB's total assets more than triple since the beginning of 2007 to exceed 10 trillion yuan at the end of 2014, making it the country's sixth-largest lender.

It is also China's largest source of loans for government-subsidized housing construction, student loans and overseas investments by Chinese companies. The CDB also lends heavily to small and medium-sized enterprises and irrigation facilities, which are considered more of policy-based than commercial loans.

In 2014, the CDB formed a department to handle financing for government-supported housing projects, especially shantytown renovations. It extended loans totaling 408.6 billion yuan to these projects last year, Hu Huaibang, the bank's chairman, recently said at a meeting. This is four times what it lent in the area in 2013. Nationally, about half of all loans for slum projects come from CDB.

Hu also disclosed the bank's lending to other sectors, including railroad development and irrigation projects. He said the bank waived 2.5 billion yuan in fees to support small and micro businesses, education and poverty reduction.

"At least half of the sectors he mentioned belong in policy loan areas, which do not differ much from the bank's former business scope," the CDB source said.

Meanwhile, he said the bank's commercial loans have rapidly increased.

"The CDB's business types and the scope of financial services it offers are indeed too extensive and without clear borders," a source close to one of the bank's shareholders, Central Huijin Investment Ltd., said. "This is a problem that all shareholders and regulators, including the Ministry of Finance, China Banking Regulatory Commission and Huijin, have realized."

The bank is mulling spinning off its commercial retail banking business into a subsidiary, the CDB source said.

Solving that problem requires legislation, says Li Ruogu, chairman of the Export-Import Bank of China, a policy bank. Li has called for the government to enact a law for policy-based financing so policy lenders can cooperate and complement commercial banks.

Rules need to be laid down for when the CDB as a policy bank should not compete with commercial lenders because the bank lacks an incentive to restrain commercial lending, a financial expert said.

"As long as the legislation problem is not solved, it will be impossible to set boundaries for the CDB's operations," the expert said. "This is also a protection.

"Otherwise the commercial banks will always have doubt and disputes over the CDB."