First Round of Fundraising Values Ant Financial at US$ 30 Billion 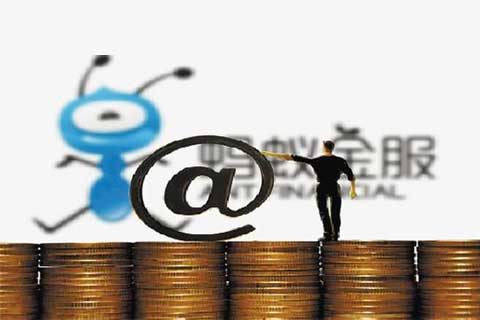 (Beijing) – Alibaba Group Holding Ltd.'s financial services arm has been valued by investors at about US$ 30 billion in its first round of fundraising since it was established in October, people close to the situation say.

The National Council for Social Security Fund plans to buy 5 percent of Ant Financial Services Group, and the Postal Savings Bank of China (PSB) and CDB Capital each want to buy 3 percent, the sources said. CDB Capital is the equity investment subsidiary of China Development Bank.

Negotiations between Ant Financial and the three companies have reached a crucial stage, the sources said. It is unclear how much the investors offered respectively.

The investment by the big state-owned companies reflects the central government's desire to help Internet finance grow, an analyst close to the talks said. The investors had resources that could complement Ant Financial's business, he said.

PSB and CDB Capital are the most important financial service providers in the country's rural areas, which big lenders and financial institutions overlook. Ant Financial says expanding into the rural market is a priority.

A senior executive at PSB said the company is trying to reach a cooperation agreement with Ant Financial regarding rural services, where the lender has an edge thanks to its 39,000 outlets in small cities and rural areas.

Some well-known private equity funds have proposed buying a stake in Ant, but it is unclear which ones will be accepted, the people close to the negotiations said.

An Ant spokesperson declined to comment on the fundraising.

Alibaba Group and Ant do not hold shares in each other. The two are linked by a common leader, Jack Ma, who heads Alibaba Group as chairman and owned 80 percent of Zhejiang Alibaba. Through Alipay, Ant provides the most important payment solution on Alibaba's shopping websites, which in turn feeds user data into a computer system that evaluates risk for Ant's small-loan business.

Alibaba Group is entitled to 37.5 percent of Ant's pretax income every year until the latter is sold or goes public, in which case it may receive a one-off cash payment equaling 37.5 percent of the capital Ant raises.