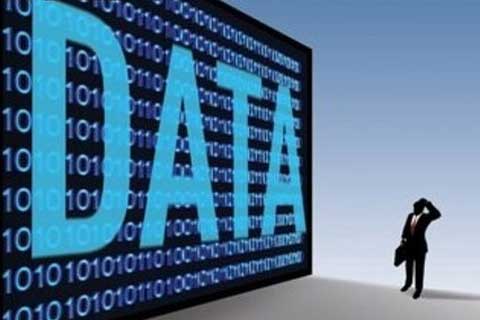 (Beijing) – As a province often derided as a southwestern backwater of China, Guizhou hopes to build a home base for high technology development that relies on rising demand for computerized data storage and processing.

Provincial government officials are encouraging start-ups and sponsoring a competition aimed at getting creative entrepreneurs in the big data field to set up businesses in Guizhou.

The province is one of a handful of off-the-beaten-path regions in China setting its sights on big data storage and data mining and processing by helping businesses tap the global shift to cloud computing. Officials in the northern region of Inner Mongolia, for example, have been working to build a cloud computing data center since 2011, and hope to attract 10 billion yuan worth of investment annually through 2021.

Provincial officials in Guizhou, whose capital Guiyang is more than 2,000 kilometers south of Beijing, think they have a geographic advantage as well as a resource edge over other parts of the country.

The most efficient way to develop a modern big data business is to build from scratch in a relatively undeveloped region such as Guizhou, Wang said. A greenfield operation can be less expensive and more efficient to operate than a big data center that's based on upgrading an existing system.

In hopes of making Guizhou a preferred destination for big data operations, in December the provincial government launched a contest with a 20 million yuan prize that could be awarded to top 20 businesses with great ideas for a new big data technology center in Guiyang. Some of the winners could also be chosen for special financing, government incentives and market access, Wang said.

One of the conditions is that any winner must register the new business in Guizhou, said Wang, adding that in fact he "doesn't care" whether or not a big data company opens an office in his province.

According to the Guiyang Daily newspaper, a group of 100 business teams – whittled down from an initial group of 8,600 competing teams – entered the second round of the contest for a final shortlist, though the finals' date is yet to be announced.

In addition, the provincial government is trying to woo private investors and information technology companies by promising to support big data projects by giving them access to valuable government databases. Moreover, authorities are cooperating with several venture capital firms that could offer financial support to big data start-ups in the province by tapping a 20 billion yuan fund.

Contest participants with proposals for setting up big data systems in Guizhou include a parking lot management firm and a business that's developed a mobile application to manage a person's health care, both of which look commercially promising, said Chen Bin, the president of Cybernet Investment. Cybernet provided half of the capital for the start-up fund's capital.

The parking initiative is the brainchild of Zhejiang InnoTek Co. Ltd., a firm in the eastern city of Hangzhou that develops urban traffic and parking lot management systems. CEO Liang Jian said he would like to take advantage of the government's offer to share information from its database.

There's uncertainty over whether a government-sanctioned program to encourage big data businesses clashes with the private sector. Big data services are already available through private Internet sector heavyweights such as the e-commerce company Alibaba Group Holding Ltd. and search engine Baidu Inc. A variety of companies in the country started working some time ago and are expanding in the big data business arena.

Big data is an increasingly attractive option for companies and governments looking for new ventures in the country, said Wang. Big data businesses can offer growth opportunities at a time when industrial development is becoming increasingly constrained by nationwide demands for environmental protection and eliminating excess capacity in some industrial sectors. This economy is slowing , too, as gross domestic product expanded only 7.4 percent in 2014, the slowest pace in three decades, and a real estate cool-off has cut into local government revenues derived from land sales.

Guizhou authorities started looking at options for new moneymaking businesses in 2013, and put big data opportunities at the top of the list. The following June, the province launched a cloud date storage platform similar to one operated by Alibaba.

Seven provincial government divisions, including the departments of tourism and food safety, moved their databases to the system. Big data systems encompass storage and broadband infrastructure systems, cloud storage technology applications, and value-added services for start-ups and products such as wearable electronic devices.

One marketing specialist familiar with the Guizhou government's big data strategy said provincial officials want to carve out a niche with systems that serve clients in the country.

The first commercial enterprise born of this arrangement – Guizhou Food Safety and Nutrition Information Technology – started in April 2014 with registered capital of 10 million yuan. Its deputy general manager, Tao Guangcan, said the company provides a cloud platform to government agencies that oversee food safety. Other clients include companies that supply food, as well as those that provide food-industry marketing and certification services.

With government help, Tao said, the company has so far raised 23 million yuan toward a total start-up investment target of 100 million yuan. Long-range plans call for a stock market listing in 2017.

It's unclear whether Guizhou Food Safety will operate as a public or as a private business, according to a senior engineer at the China Academy of Telecommunication Research who preferred not to give his name.

One issue linked to this public-private question is whether commercial companies tied to the Guizhou system would have access to government databases, and if so whether that access would create legal problems. Some analysts say the practice of giving select companies access to key government data could violate anti-trust laws.

Wang acknowledged that the provincial government has statistics and personal information that no private company could obtain on its own. To protect sensitive information, Wang said regulators could introduce a data-ranking and protection mechanism. Still, government officials would have to decide just how far to open their databases.