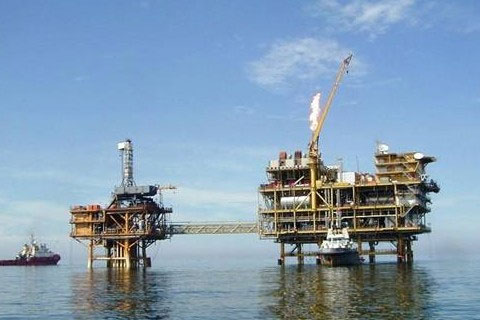 (Beijing) – A recent report about possible mergers of China's state-owned oil giants has sent shockwaves through the market, but spokesmen for the companies denied knowing of any plans.

The report cited unnamed officials with knowledge of the matter as saying that other options include combining two other major firms, China National Offshore Oil Corp. (CNOOC) and Sinochem Group.

The reports fanned speculation and triggered fluctuation of the companies' share prices in Hong Kong.

However, the publicity officers of CNPC and Sinopec both told Caixin they had not heard of any plans.

Several sources close to the oil companies and government regulators told Caixin that policymakers are studying ways to reform the oil and gas sector, but said calling this a merger of oil companies would be wrong.

Reform of the industry was among the proposals set forward by the third plenum of the Communist Party's 18th Central Committee in November 2013. In June last year, top economic policymakers called for "drafting oil and gas sector reforms plans as soon as possible." Leaders again called for progress in February.

State think tanks led by the party's Leading Group for Financial and Economic Affairs and the State Council's Development and Research Center (DRC) have launched feasibility studies on plans for oil and gas reform, sources close to the matter told Caixin. These plans focus on market entrance, price liberalization and potential consolidation of certain business segments at oil companies. The studies are at a preliminary stage, those sources said.

A merger of CNPC and Sinopec was not considered, one person said, but added that a merger of CNOOC and Sinochem or Sinopec has been discussed by top leaders over the past several years.

Qiu said a merger of Sinopec and CNPC may form a dangerous monopoly. "The two companies control most refineries, oil distribution networks, and almost all oil and gas pipelines. If merged, they will form an actual monopoly and use their power to seek extra profits. The combined 800,000 employees of the two companies would be too many to manage."

Consolidation will be part of reform plans but more emphasis will be put on business liberalization and establishing market-oriented practices, people close to drafting the plans told Caixin.

Guo said a key aspect of changes to the upstream parts of the industry will be managing mining licenses. Extraction operations now require licenses from the government.

He suggested three changes. "The first is to launch public bidding pilots for mining licenses starting with unconventional energy business, such as shale gas. The second is to establish an exit mechanism for mining licenses to end a situation that sees some companies with licenses never explore, while others can't access the market. The third is to enable market players to enter the market through public bidding and set up a secondary market for trading mining rights."

Guo suggested further liberalizing oil and gas prices to form a market-oriented pricing mechanism that is decided by international supply and demand.

Liu Manping, a price researcher at the National Development and Reform Commission, the top economic regulator, recently wrote a commentary that argued operations of pipelines controlled by CNPC, Sinopec and CNOOC should be gradually made independent. The current condition of the international market provides a good opportunity for push forward China's oil and gas reform, he wrote.

"The condition of global energy supply and demand has undergone great changes, with higher competition on the sales side and weaker demand on the buyers' side," Liu said. "Unless disturbing factors from a geopolitical aspect come into play, the global energy supply will remain abundant in the short term. Domestically, the economic slowdown will lead to lower energy demand. These factors provide a stable external condition for enacting reform and measures to boost energy efficiency."