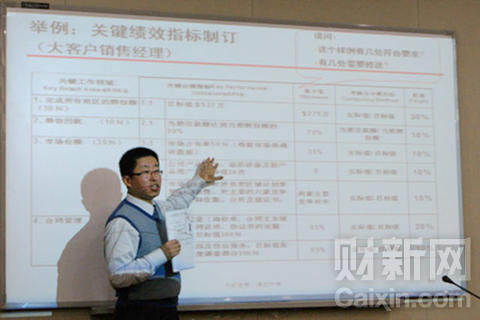 (Beijing) – The body of a human resources director at a major telecoms supplier who had accused company executives of corruption was found in a river about a month after he went missing, several sources say.

The body of Jia Lining, the head of human resources at Alcatel-Lucent Shanghai Bell Co. Ltd. (ASB), was found in a tributary of the Huangpu River around Spring Festival, two sources close to ASB said.

The holiday also known as Chinese New Year ran from February 18 to 24 this year.

ASB confirmed Jia's death and said the police ruled out murder. The telecoms supplier said in an email sent to Caixin on March 3: "No sign of damage by violence before the death was found and it is consistent with drowning. Thus, homicide is ruled out."

Jia, 45, went missing on January 14. His car was found on the Yangpu Bridge, which crosses the Huangpu River in Shanghai, a source close to him said.

Before he went missing, Jia accused executives at ASB and its subsidiaries of corruption and abusing their power. The accusations were made in a chat group on the popular messaging application WeChat that is used by human resource managers of large enterprises supervised by the State-Owned Assets Supervision and Administration (SASAC).

A person who read Jia's post said he leveled the accusations against nine executives. Jia wrote that he had been reported to anti-corruption officials on ASB's Communist Party committee, but the misdeeds were in fact committed by others.

On January 17, ASB published a statement saying it and Jia's family had reported Jia's disappearance to police and the company was investigating his accusations. ASB said on its website the next day that his charges were inconsistent with the facts.

In it March 3 email to Caixin, ASB said further investigation had also found nothing to Jia's accusations. The company said it reported the findings of its probe to higher authorities.

An ASB spokesman recently told Caixin that people close to Jia lost contact with him about 20 minutes after he put the accusations online.

China Huaxin is overseen by SASAC.