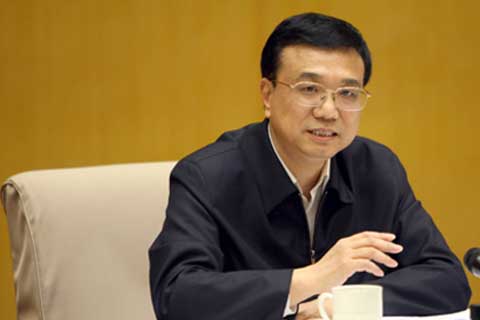 (Beijing) – China will halve the number of sectors in which foreign investments face restrictions this year to further open its markets, especially the services and general manufacturing industries, Premier Li Keqiang said on March 5.

The central government aims to do so with a revision to the Catalogue for the Guidance of Foreign Investment Industries, which details how foreign investors should be treated depending on whether their investment is in an encouraged, restricted or prohibited area, he said.

This is one of the goals atop the country's political agenda for this year, which Li laid out in the scripted speech he delivered on the first day of the National People's Congress (NPC) meeting in Beijing. The gathering of nearly 3,000 deputies is the largest legislative assembly in the world.

The National Reform and Development Commission (NDRC), the nation's top economic planner, released a draft of the sixth update to the catalogue in November, proposing cutting the number of restricted areas for foreign investment from 79 to 35. It was the largest ever planned cut since the catalogue was issued in 1995.

The areas where restrictions may be lifted or eased include steelmaking, papermaking, automobile manufacturing, electronics production, liquor making, subway construction and e-commerce.

The public was given one month to comment on the draft and the NDRC has not finalized it.

Li's speech also summarized the government's achievements last year, including getting a better grip on local government debt, broadening the bands in which interest rates can fluctuate, and the launching of three new free trade zones and a pilot program linking the Shanghai and Hong Kong stock exchanges.

China received US$ 119.6 billion in foreign investments last year, Li said, more than any other country in the world. It invested US$ 102.9 billion abroad.

The speech set the target for this year's GDP growth rate at around 7 percent, half a percentage point lower than last year's goal and in line with mainstream expectations. GDP expanded by 7.4 percent last year.

The inflation target was set at about 3 percent, and the goal for the increase in trade was set at 6 percent.

The country will continue implementing a proactive fiscal policy and prudent monetary policy, Li said. The government's deficit is to increase by 270 billion yuan from last year, reaching 1.62 trillion yuan, or 2.3 percent of this year's forecasted GDP. Of that, 1.12 trillion yuan would be borrowed by the central government.

The central government also planned to increase this year's investment in infrastructure to 477.6 billion yuan and encourage the participation of private investors in projects.

Last year, Li said, the country's high-speed railroad network grew to 16,000 kilometers, or more than 60 percent of the global total. The total mileage of the rail network was extended by 8,427 kilometers.

The rail network should be extended by at least another 8,000 kilometers this year with more than 800 billion yuan of investment, he said.

At least 800 billion yuan will be invested in existing and new irrigation and water conservation projects this year, the premier said. The country's shantytowns will continue to be rebuilt, Li said, and work will continue to spur consumption in central and western regions.

The premier also restated the government's goal to deepen reform to state-owned enterprises and reduce their intervention in the market.