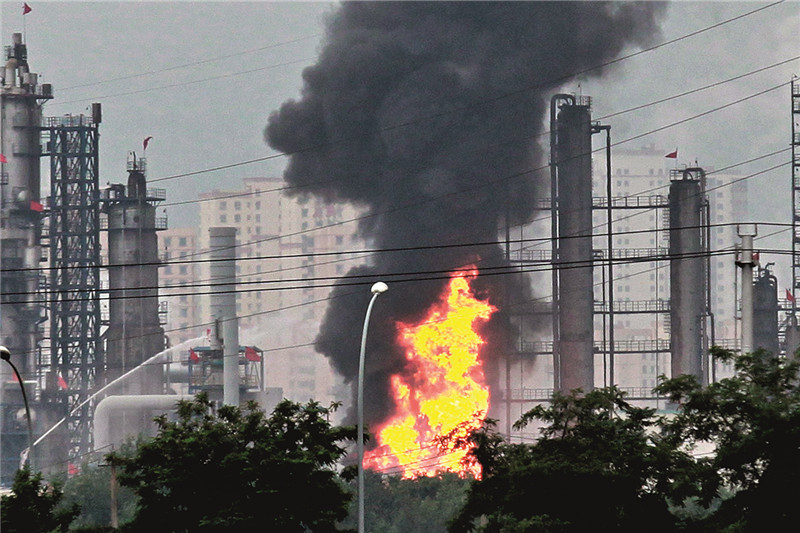 (Beijing) – A subsidiary of China National Petroleum Corp. has agreed to pay the government of Lanzhou 100 million yuan over incidents that polluted air and water in the city in the northwestern province of Gansu.

The money will be used to upgrade the drainage system at the CNPC subsidiary to prevent any more leaks into the city's soil and water table, the city's Environmental Protection Bureau said.

The bureau released an environmental impact study for the project on March 12 so the public could comment on it over a 10-day period. The plan is for the project to be launched at the end of March and be done in two years.

CNPC has not commented. It is also unclear how the subsidiary and the Lanzhou government agreed on the payout amount.

A benzene leak into the Lanzhou section of the Yellow River – the only source of drinking water for the provincial capital – left residents without running water for two days in April 2014.

The leak also embarrassed city government officials because it ruined Lanzhou's bid for a status as a tourist destination.

The Lanzhou government has been seeking to move the plant to an industrial park 38 kilometers away from downtown areas since 2011, but little progress has been made.

Academics estimated that the relocation could cost 60 billion yuan – a sum the Lanzhou government cannot afford and the CNPC may be unwilling pay.

Lanzhou's development and reform commission has said the city government plans to lobby the central government to include Lanzhou Petrochemical's relocation as part of national development plan.

Because that larger plan will not be ready any time soon, the city government is mulling using the Liujianxia Reservoir, 75 kilometers from downtown Lanzhou, as the source of drinking water for the city of 3.6 million people. The plan, which is expected to cost the government 2.37 billion yuan, has been shelved since 2008 because of financial constraints.

Northwest Normal University's College of Geography and Environment Sciences said that the water conservation authorities might still have to rely on the central government to finance the project because the city could only come up with 766 million yuan.