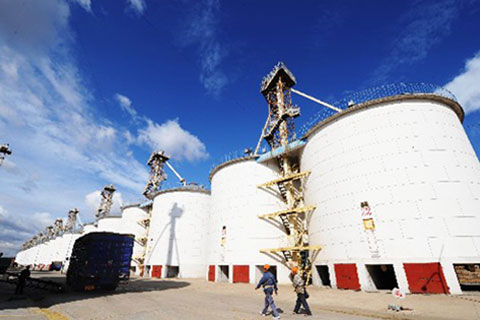 (Beijing) – China is building up the world's largest stockpiles of grain in a bid to address food security, but this comes at the expense of higher costs, a distorted market and exhausted land.

Although the country has reported grain production increases for 11 straight years, the government has never reduced the importance it attached to food reserves. From November 25 to March 31, the authorities purchased 76.1 million tons of corn from domestic farmers to put into national granaries, up nearly 13 million tons from the same period last year. Reserves of rice and wheat have also increased significantly.