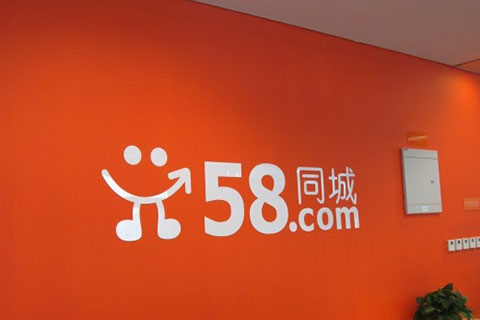 (Beijing) – A friendly merger between classified advertising websites 58.com Inc. and Ganji.com has been heralded as a new phase of growth for the two companies' online-to-offline retail platforms.

The new company created by the merger will still see the two firms independently operate their own brands, websites and teams, according to a statement of 58.com on April 17. 58.com founder Yao Jinbo and Ganji founder Yang Haoyong will be appointed co-chief executives of the new firm.

The social networking firm Tencent Holdings Ltd. will additionally invest about US$ 400 million in 58.com to help complete the advertising company merger, and Tencent will hold a 25.1 percent stake of 58.com, said the statement.

Yang said the merger of the two companies, both established in 2005, will create a new company with a market value of more than US$ 10 billion.

Last year, 58.com set up a subsidiary to provide door-to-door services such as house-cleaning and home moving. It also purchased the driving school information website Jxedt.com, and Anjuke.com, a real estate industry website.

Ganji has expanded in the online second-hand vehicle business with its subsidiary Ganji Haoche, which currently has a presence in 12 cities.

Yao said the merger will help the new company gain a leading position in the second-hand home business, given that 58.com, Anjuke.com and Ganji.com ranked among the top five players in the sector last year.

The tie-up between 58.com and Ganji comes amid large tech sector consolidation moves which have triggered debate on market share. In February, the country's two leading taxi-hailing apps Didi Dache and Kuaidi Dache agreed to a merger. Online video providers Youku.com and Tudou.com merged in 2012.

You Yunting, a lawyer at Shanghai DeBund Law Firm, said the merger is not expected to constitute a monopoly because the companies have competitors in each market segment.