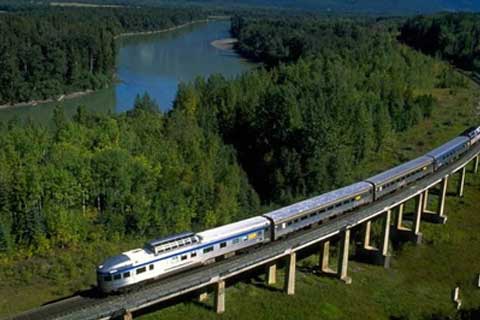 A consortium of China Railway Eryuan Engineering Group Co. Ltd. (CREEC) and two Russian companies won the contract on April 30 to design the 770 kilometer line linking Moscow and Kazan, a city east of the Russian capital, the person said.

The trains on the line will run at more than 200 kilometers per hour.

The source did not tell Caixin how many companies were involved in the bidding. Germany's Siemens AG and France's Alstom had showed interest in the project, but did not bid.

CREEC, which is part of China Railway Group, has eyed the Russian project since 2012 and set up a branch in the country, the source said. CREEC got permission from Russian authorities to operate design businesses in the country in March.

The institute has offered documents giving a rough analysis of the financial situation for the project to Russia, the source said.

Chinese companies could win the construction contract and train orders for the Moscow-Kazan project if the institute plays a big role in the design process, the source said. Those contracts could be worth more than 20 billion rubles, or 2.38 billion yuan.

CNR had been China's sole producer of trains for cold weather before CSR Corp. Ltd. displayed a new model at an expo in Beijing in October.

The two equipment manufacturers are working to complete a merger that the central government had urged in a bid to form a stronger competitor on the world stage. The firms announced a tie-up plan at the end of last year.

The Chinese government started encouraging rail companies to find opportunities abroad in 2010, but they have not secured any high-speed projects so far.

In November, a consortium of four Mexican firms and four Chinese companies, including China Railway Construction Corp. Ltd. (CRCC) and CSR, was the only bidder on a high-speed project in Mexico. However, the Mexican government later halted the plan over "doubts and concerns" regarding the transparency of the bidding. It suspended the entire project due to budgetary matters in February.

CRCC and CSR are preparing to bid for a high-speed project linking Kuala Lumpur and Singapore, a source close to the companies said.