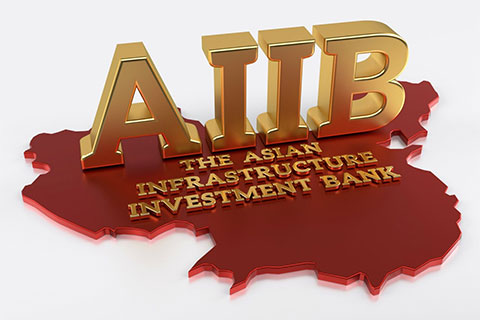 China now has to manage an objective win. It has been called on to strengthen an experiment that is beyond reproach on paper: the creation of the Asian Infrastructure Investment Bank (AIIB).

Comments on this diplomatic victory have been almost unanimous. Despite its nuances, Beijing's global role has finally been recognized, one that is proportionate to its dimensions. It demanded a coordinated intervention that would give it international status and replicate its journey. The creation of an infrastructure bank – one of the bottlenecks blocking development in Asia – was the logical and political conclusion of contemporary China's peaceful rise. Adhesion has been enthusiastic and widespread for two reasons. Developing countries in Asia want to intercept the next US$ 100 billion to open shipyards and buildings in their territories; the wealthiest countries want to acquire funds for their banks and businesses.

The isolation of the United States and Japan was shared equally; both countries suffered an indirect blow. The new institution is considered a rival to the World Bank and the Asian Development Bank, both controlled by the United States and Japan. The two allies have found themselves isolated from the massive subscription to the AIIB, and will probably reconsider their refusal. In any case, the hard part is just starting for Beijing.

After being gifted a very political bicycle, Beijing will have to pedal long, unknown paths. There will be two primary testing grounds, one international and the other internal. To prove its accusations against external institutions, it will need to demonstrate that it can do better. Until now China has been right to criticize their auto-referencing bureaucracy and the little importance placed on emerging countries. Now, it's being called to manage the AIIB equitably and not Beijing-centrically, despite its headquarters being in the Chinese capital. It will be China's task to represent the smallest and poorest countries without imposing restrictive or humiliating policies like those of the Washington consensus. It will need to reject accusations that it will devolve global standards – and this time without propaganda.

Many are fearful for the integrity of governance, respect for unions and human rights, and environmental standards. Some criticisms are biased, while others are based on experience because China has not yet demonstrated balanced, conscientious and respectful growth. Therefore, Beijing will need to defeat this skepticism or at least these opportunistic friendships, ready to forgive non-transparent management. On the domestic front, respecting the rules will impose a redistribution of power. Big public banks, like the China Development Bank and the Export-Import Bank, will no longer hold a monopoly over the government's will.

They will be exposed to competition, more strict accounting, and will need to confront a more complex and severe world compared to what Chinese laws subjected them to. After this diplomatic success, a hazardous road has opened up for China, a difficult challenge due to its novelty, a demanding task for which China will need to establish itself as a model and not an imposition.

Alberto Forchielli is the managing director of Mandarin Capital Partners, and founder and president of Osservatorio Asia