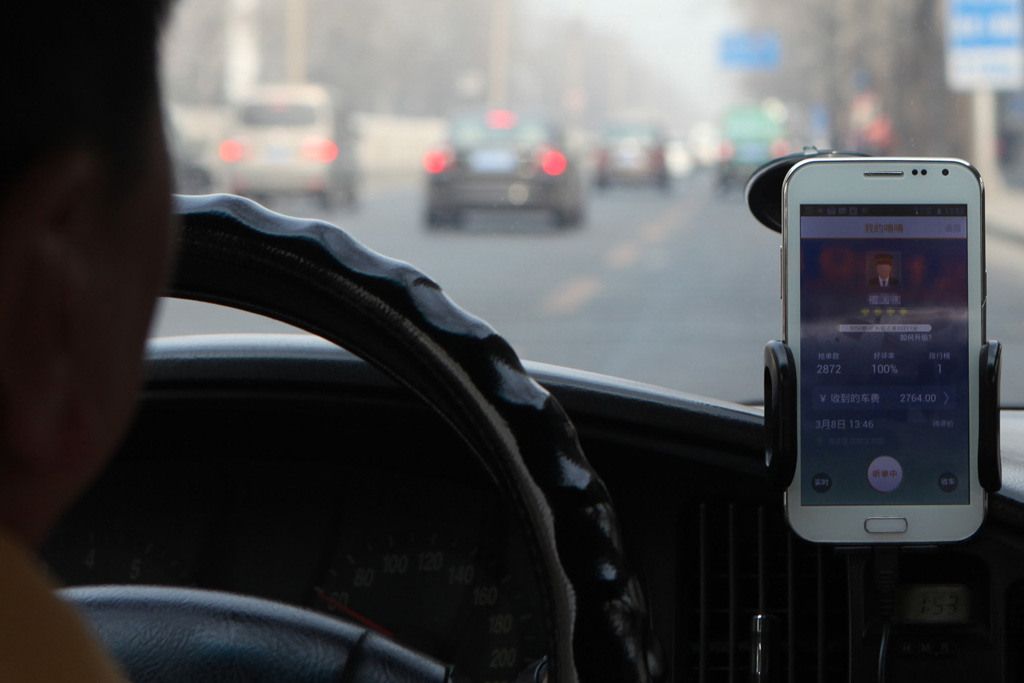 (Shanghai) – Shanghai transport officials have said they are taking steps to regulate a taxi-hailing smartphone application popular in the city and that the changes will come into effect on June 1.

The city will combine the government's database of taxis and drivers, the dispatching systems used by the four largest taxi companies, and a taxi-hailing app called Didi Dache, transport officials said on May 18.

The officials said the change will prevent drivers of private cars from illegally using the app to pick up passengers. It will also not allow taxi drivers who already have passengers from getting new information about people who want to be picked up. The government said this latter change would improve road safety because drivers would not be tempted to look at their phones while they are driving.

Getting a taxi in China's big cities can sometimes be difficult, and many people have started using apps to arrange for a cab to pick them up. Many taxi drivers have smartphones mounted on their dashboards so they can use the apps to arrange to pick up passengers.

Yang Guoping, chairman of Dazhong Transportation (Group) Co. Ltd., one of the major taxi companies in Shanghai, said the app should undergo more changes, namely to prevent drivers from receiving information about where passengers want to go. He said this would stop drivers from taking only the customers they wanted.

Shanghai also plans to incorporate car-hire apps into the system, an official said.

Those apps, often run by car rental companies who hire private drivers, have in recent years given people an alternative to standard cabs, a change that has angered taxi companies and their drivers because it has bitten into their business.

The government of Jinan, in the east, has fined at least one driver for offering this type of service, and he has filed a lawsuit contesting the government's right to punish him. Many see that lawsuit as a test case for the legitimacy of the care-hire business. The court that heard the case has not issued a ruling.

Shanghai's government has not decided how to regulate the new type of business, said Sun Jianping, head of the eastern city's transport commission. The city wants the car-hire apps to help meet passengers demand during rush hour, but not at other times of day, he said.

Officials' concerns about supervising companies running car-hire services mean the government prefers to deal only with firms registered in the country, Sun said.

This would mean foreign companies like Uber, from the United States, could not operate in the country. Uber's offices in the southern city of Guangzhou were raided in late April over what the city government said was "organizing private drivers to provide unlicensed businesses."

Cheng Wei, co-CEO of the company that runs Didi Dache and another popular taxi app, said it will continue to talk with the government of Shanghai about car-hire services. The government has set up a group to come up with a pilot plan for the business within two months, he said.

The heads of the firms behind the Didi Dache and Kuaidi Dache taxi apps said on February 14 they were merging, but apps going by those two names still exist. The changes announced by the Shanghai government do not involve the Kuaidi Dache app.