Time for Reform Advocates to Step to the Fore 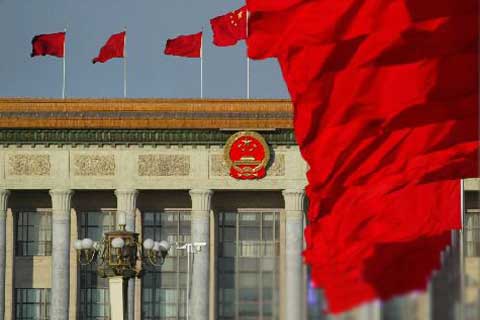 As the reform of China's economy and society deepens, attention is turning to the people tasked with the job of spearheading and carrying out change. Thus, it was gratifying to hear the call by President Xi Jinping, made at the 12th meeting of the central leading group on reform, to mobilize the country's "reform advocates," who must "think reform, plot reform and improve reform."

The call reflects the leadership's resolve to rise to the challenge. Over the past two years, the 18th Central Committee has launched separate road maps to spur reforms and strengthen the rule of law. However, despite the clear goals and timetable, implementation of the proposed changes has not been smooth.

In many cases, reform remains stalled by a lack of coordination, resistance by interest groups, fossilized thinking inherited from the centrally planned economy of old and bureaucratic red tape.

Lacking commitment, many officials remain on the sidelines. The sad truth is, too many of those tasked with leading the change are unmotivated themselves and do not fully understand the work involved.

To break through this resistance, we need committed and daring reform advocates. As the leadership puts it, the country must find, deploy and motivate officials to take up the role of pushing for reform. These people must be willing to step up, take responsibility and work hard.

Getting the right person for the job is important, as the 30-plus years of Chinese reform experience shows. Since the early days of reform, batch after batch of good and capable reformers have taken the lead to forge change, even in the face of serious challenges.

The country has reaped the rewards of its reform pioneers' hard work. It is rightly renewing its pledge now for further change, just as the movement reaches a crossroads.

The campaign against corruption is creating opportunities for progress. The sacking of the many "tigers" and "flies" caught for corruption means there are now many job openings that can be filled by committed reformers. In Shanxi alone, there are nearly 300 vacancies which need to be filled by the provincial government.

Also, a review of the recruitment process and staff management system is in order. Rampant corruption has been abetted by an appointment process that looks rigorous on paper – from nomination to vetting to deliberation – but is in fact highly opaque and unfair. Many of these safeguards are not effectively carried out, and decisions are often made by one man.

An overhaul of the appointment system is necessary to ensure reform advocates do their best work. In its reform blueprint, the government has proposed building an effective and simple civil servant selection and appointment system, one that is democratic, fair and competitive.

Further, as part of their work performance appraisal, officials should be judged on their efforts to implement reform.

Among the 1.3 billion Chinese, there must be no lack of capable and honest candidates to join the ranks of government. We need a good system to find and deploy them.

Many restrictions in the current system should be abolished, including a requirement that officials must serve a certain number of years before they can be considered for promotion, and one implicit promise that civil servants can be rotated out if they serve a number of years in a place.

These rules that appear to be leveling the field in fact create artificial boundaries that breed mediocrity. An officer's youth, to take an example, must not be the reason capable people are denied promotion. In a system open to scrutiny, let the public judge for itself the fairness of a promotion.

Over the years, there have been many efforts to improve the appointment system. Some have done better than others. The assessment of their efforts must be fair; no improvement can be made if the leadership retreated to the old ways every time a mistake was made in the name of experimentation.

Whatever measures are to be taken, they must be conducted in the open. In fact, the appointment system suffers the same problem as the political system – a lack of effective supervision of power.

Before they were arrested, many corrupt officials kept their job and were even promoted after complaints were lodged of their misdeeds, just because they were protected by patrons higher up the hierarchy. Thus, the appointment system must be made transparent and subject to the oversight of the National People's Congress, the judiciary, the public and media.