The Common Denominator in the Growth Plans of India, China 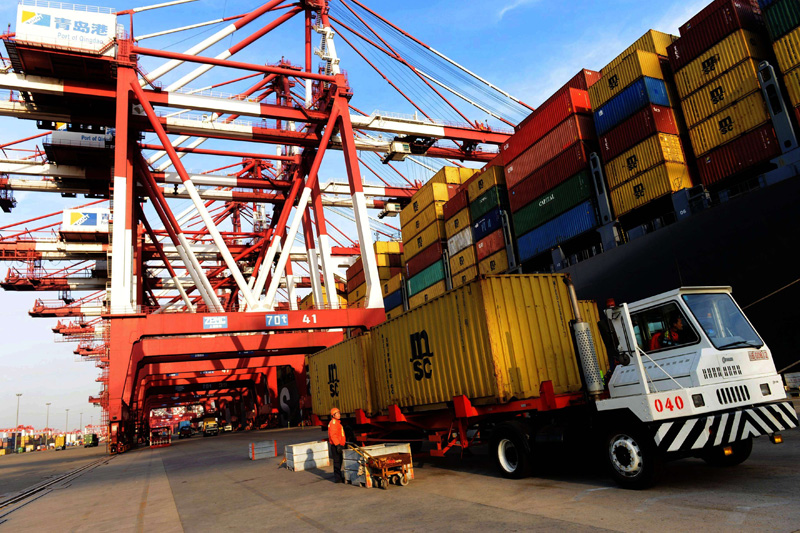 Since being sworn in as India's prime minister last year, Narendra Modi's ambitious reform agenda has made him one of Asia's most-talked about leaders. The economic program that Modi has put forward is changing the world's impression of India, confirmed by his recent three-day visit to China.

At last month's Hanover Fair, Modi inaugurated the Indian Pavilion accompanied by German Chancellor Angela Merkel. Pointing at the "Make in India" logo on a symbolic majestic lion — instead of the traditional tame elephant — the prime minister declared that the time for international businesses to invest in his country is now.

The Indian economy is indeed becoming a force again. After two gloomy years of growth below 5 percent, its recovery looks strong, with all the main economic indicators beating expectations. Modi's business-friendly measures are building investor confidence and foreign direct investment has begun to rise.

According to the Asian Development Bank's latest forecast, India's economic growth will be 7.8 percent for 2015, compared with 7.4 percent last year. Next year's growth is expected to be 8.2 percent.

Meanwhile, across the border, China's main economic indicators, long considered a target for India to aim for, are showing worrying signs: sluggish export growth, industrial overcapacity, weak investment and rising debt. In the short term, China's economic growth rate is bound to be overtaken by India.

The shifting of the economic pendulum between the two countries intrigues many. Modi's visit to China provides much greater room for a Sino-Indian trade partnership.

Optimistic investors believe that India's rising growth rate can be sustained thanks to two long-term trends: its manufacturing potential and demographic dividend. But are these forecasts realistic?

Like all developing countries, industrialization has been India's central development goal. However, manufacturing has always been the Indian economy's soft underbelly, contributing only in a limited way to growth and job creation – much less than the service sector. In his Independence Day speech last year, Modi called for the "Come, Make in India" initiative. His aim is to raise manufacturing's share of the economy from the current 15 percent to 25 percent by 2022, creating 100 million new jobs.

In appearance, "Make in India" is just a project for promoting manufacturing, but in fact it is a macro reform plan that includes vast infrastructure improvements, promoting investment, encouraging innovation, reducing governmental control and building inter-city economic corridors. Although this plan sounds promising, whether or not it can be smoothly implemented is another question.

First, in order to reach the Indian government's goal of raising manufacturing's share of the economy, the sector must maintain a booming annual growth rate of 14 percent. Over the past year, India's manufacturing grew at just 6.8 percent — well below forecasts.

Modi's ambitious plans indeed require more time. However, as early as 2004, India had already set up a National Manufacturing Competitiveness Council to map out manufacturing strategy and set a goal of raising its share of GDP from 17 percent at that time to 30 to 35 percent in 2015. Alas, as of 2014, India's manufacturing share of GDP in effect has fallen two points to 15 percent.

India's greatest manufacturing potential is its abundant and cheap labor resources and technical capability. However this presumption is constrained by many conditions. Even though Modi has very solid public support and a true vision for reform involving existing labor, land and tax systems, he is nonetheless gambling in political terms. The bigger the reform plan, the deeper and more varied the opposition. If Modi fails to fulfill his reforms quickly, his aura will soon fade, and the drive will fall short of being coherent.

In addition, the plan's success relies on using foreign investment to improve infrastructure. But the reasons many investors avoid India are precisely because of it has failed to modernize. Without attracting enough investors from abroad, domestic capital and weak state financing structures cannot possibly support such huge ambitions.

Still, India's optimists are right to point out the country's demographic advantage. Though China and India have by far the world's two biggest populations, their demographic structures are very different. China is aging, and its working-age population – people 15 to 64 years old – is decreasing. Meanwhile India remains a young nation, with 65 percent of its population under the age of 35, and the prospect of the working-age population continuing to rise in the two decades to come.

But India's demographic advantage remains theoretical vis-à-vis the economy. Creating massive job opportunities are indispensable in transforming this advantage into realistic economic wealth. And if over the past two decades India's economic growth is only slightly lower than that of China, its performance in creating employment is disappointing. From 2004 to 2011, India had an average annual growth of 8.5 percent, yet its creation of bona fide new jobs was virtually non-existent.

Only 8 percent of India's existing 500 million working-age people are formally employed. In other words, over 400 million are self-employed and typically engaged in low-technology activities. Of course, appropriate training could change this dynamic, but such a large majority of the labor force has very low educational levels, not to mention the lack of access to vocational training and labor law protections. All of this creates a huge barrier for them to be engaged in proper employment.

India has some of the world's most complex and strict labor regulations. While they make dismissing regular workers very hard, they also set up numerous obstacles for hiring part-time or seasonal workers.

Second is India's economic structure. The country's economy is mainly composed of the service sector — around 60 percent of its GDP, while it contributes merely 25 percent to India's job market.

The textile industry makes up India's largest non-agricultural employment contribution. But among this labor-intensive sector, four-fifths of them are made up of small family workshops of fewer than eight people. Meanwhile in China, most textile firms count at least 200 workers. India's small production scale is bound to restrain manufacturing development and job creation.

Finally, well-entrenched political factors are also a barrier to creating jobs in India. Although the government declares that job creation is a primary task, lawmakers have little personal interest in pursuing such policies, because 90 percent of India's parliament members come from areas with constituencies that have a majority of rural voters.

Meanwhile in China, after 30 years of rapid growth, the nation is facing industrial overcapacity and a disappearing demographic dividend. Its position as the "world's factory" has been weakened. India's difficulty in attracting investment for manufacturing risks limiting it to its role as the "world's office."

Interestingly the two Asian giants both chose Hanover, Germany, to showcase their economic transformation plans and different development strategies. While India put forward its "Make in India" initiative, China demonstrated its ambitions to be a new world leader in information technology services.

In neither case, however, should short-term economic growth be the two countries' first concern. Modi stated that India's aim is to establish a "minimum government, maximum governance" approach. That is a goal that should also be central to China's economic reforms.