With New Fund, China Aims to Raise the Manufacturing Bar 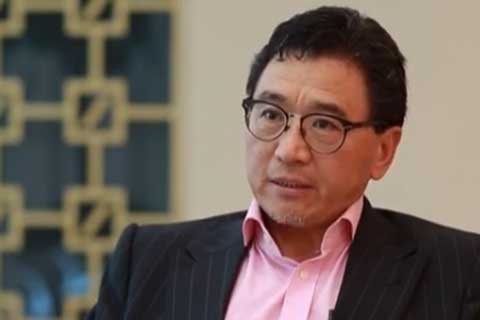 (Beijing) – A new fund that focuses on developing China's next generation of industry – so-called Industry 4.0 – through investment in German small and medium-sized enterprises (SMEs) will soon have its initial US$ 1 billion raised, its founder says.

Henry Cai, 61, a native of Shanghai, resigned as a senior executive at Deutsche Bank in February to set up the fund, which will invest in intelligent manufacturing, high-end equipment, advanced materials and medical technologies.

The term Industry 4.0 was first used in 2011 at the Hanover Fair. It refers to a fourth industrial revolution, following on from steam, electricity and information technology, and is based on cyber-physical systems connecting machines to minimize problems and costs.

Production powerhouses have already moved to develop Industry 4.0, namely Germany with its manufacturing industry and the United States with its Internet technologies.

On May 19, the central government unveiled its Made in China 2025 plan – a strategy intended to lead China to cutting-edge innovation and high quality industrial products.

Cai said that he set up the fund after China and Germany signed cooperation guidelines covering many sectors of Industry 4.0 in October, when Premier Li Keqiang visited the European country.

The fund has gained the fundraising support of China's sovereign wealth funds and some Middle Eastern countries.

Cai said the fund will play a key role in promoting the country's 10-year plan to upgrade its manufacturing capacity by facilitating cooperation between Chinese and German companies. However, he warned that China will face many challenges in the course of reaching the advanced levels of the global production chain.

China starts its Industry 4.0 revamp from a complicated background, Cai said. Most parts of the country and most of its companies have not finished the transformation from the electricity phase to automated production, he said. Meanwhile, Germany has basically finished the third phase of industrial revolution, and is well on its way to 4.0.

Miao Wei, the minister of industry and information technology, has said the latest Internet technologies will help China go straight from the electricity phase to intelligent manufacturing.

China can make 525 types of products and is the world largest producer of 223 types, Miao said, but he pointed out that these goods are in the low-end of the global industrial chain.

Chinese entrepreneurs have paid little attention to upgrading manufacturing to a high level and only want to make money quickly through buying shares or investing in websites and smartphone applications, he said.

"Many people want to make fortunes by building a website or developing a mobile application, which is only a dream," Cai said. "In Germany, it is different. A lot of people participate in researching and developing products."

"China has enough lawyers, accountants and bankers in developing Industry 4.0, but it lacks of thousands of good engineers, technicians and skilled workers," he said.

Having Chinese companies cooperate with German SMEs and major research centers for manufacturing is the best way to upgrade it levels of production level, Cai said.

However, cultural differences form a major barrier to cooperation, he said, which is why he set up an international team at the fund tasked with bridging these obstacles.

Leaders of German companies say Chinese businessmen make unprofessional decisions in production and resort to random activities in operations, according to a report from accounting firm PricewaterhouseCoopers.

Chinese businessmen were seen as having little experience in controlling the entire process of international projects and had no feedback system or backup measures in places. Cooperation was hindered by not only language, culture and social development, but also in work styles.

Cai built his fund team with members who used to work for international companies, such as Carlyle Group, to help Chinese and German companies get to know each other better and avoid cultural and management problems.

The fund also has as consultants German government officials and Chinese businessmen, such as Wang Chuanfu, chairman of Shenzhen-based BYD Auto Co.

Another problem is that few German companies want to transfer technologies and patents to their Chinese peers because intellectual property is poorly protected in China, Cai said.

The country has made advancements in its legal system and protection of intellectual property, Cai said, but more needs to be done.