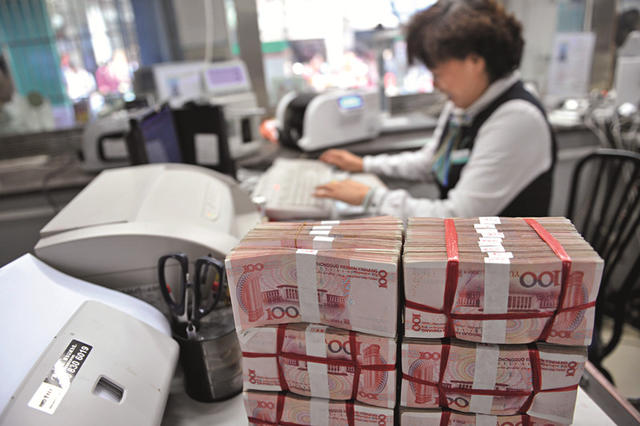 (Beijing) – A legal amendment approved by the State Council means the regulator will no longer require banks to cap lending at three-quarters of their deposit amounts, a requirement that has been criticized for years for distorting the market.

The cabinet's top committee made the change by passing an amendment to the law governing commercial banks on June 24 – the first time the law has been changed since it came into effect two decades ago.

The change still needs to be approved by the body that runs the legislature between its full meetings and could be announced in July.

The cabinet said it approved the change because it would encourage financial institutions to increase lending to agricultural businesses and small and medium-sized enterprises.

Banks will still be required to monitor the ratio for the purpose of liquidity management, the cabinet said. It did not say whether any other clauses of the law were changed.

A banking regulatory official said the loan-to-deposit ratio is one of a few outdated requirements that severely hamper banks' ability to operate independently. The others included setting the reserve-requirement ratio too high and capping the amount of new loans banks could make.

"With progress in interest rate liberalization and the capital account opening up, China's banking industry needs to be guided by international norms," the official said.

The ceiling on the ratio has long been criticized for causing seasonal liquidity shortages as banks tighten lending before submitting their records to the regulator.

It has also been blamed for fueling the growth of shadow banking, which means higher cost for many small borrowers because they cannot get loans directly from banks and have to borrow through other financial institutions. It also means greater risk for the entire financial system.

Removing the limit will reduce the incentive for banks to hide lending through off-balance-book operations, thus reducing the cost of financing for businesses, a report by Minsheng Securities said.

In theory, the change allows banks to lend more, but experts say the impact will likely be small because demand for loans has been weak.

Banks are slow to lend not because they fear breaking the ratio rule, but because they cannot find enough qualified borrowers, said Li Qilin, an analyst at Minsheng Securities.

Ma Kunpeng, an analyst at Sinolink Securities, said removing the requirement was in line with reforms to the interest rate system.