How Regulators Failed the Stock Market 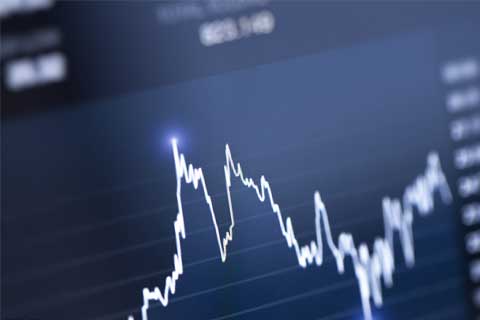 More than 10 trillion yuan has evaporated since the A-share market started its nosedive in mid-June. The securities regulator moved swiftly to calm investors, trying to ease the pain, but it seems that the only thing it achieved is more investor complaints. This is a very painful lesson.

On the surface, the disaster seems to have come out of nowhere because there has been no dramatic change in the fundamentals of the economy or to corporate conditions. But it was inevitable. The only question was when it would strike and how severe the damage – amplified by aggressive margin trading – would be. When people set their sights on even bigger rallies, they fail to see the edge of the abyss nearing.

No one can predict the future of the stock market, but understanding where the regulator and investors went wrong teaches a valuable lesson for how we should move forward.

The first mistake was ignoring market principles. As the market fell, conspiracy theories about foreign and domestic investors colluding to profit from lower prices gained popularity again. But the truth is, even before the decline, many analysts and academics had issued risk warnings. Not only were they not given any respect, they were also attacked for supposedly doubting reforms. What those critics ignored was a basic fact: The rallies were driven not by better economic conditions but by speculative investments that could not be sustained. A tipping point would eventually come, and when it did no amount of happy talk about a bright future would stop it. So the real culprits for causing investors to lose heavily are the people who whipped up excitement in the first place.

The market roared on a host of factors that made it different from previous rallies. Foremost was the unprecedented amount of leverage. Investors borrowed more than 4 trillion yuan from securities firms and other financial institutions to buy stocks. More and more private equity funds and industrial investment funds are joining the market, and fluctuations are wilder because stock players take to social media to hear what they want. These factors combined to drive up the market quickly, then push it down even faster.

Financial regulators are also to blame for lacking coordination and consistency. They have done a fairly good job controlling risk when it is in plain sight, but failed to extend their supervision to where systemic risk is most likely to occur.

The China Securities Regulatory Commission, of course, understood the danger of an excessive amount of leveraged buying. It strengthened its oversight of securities firms' margin trading and short-selling this year, set out a timetable for implementing a registration-based listing system, and beefed up efforts to hunt down and punish rule breakers. These measures have deterred speculation to some extent. But there is no official monitoring of how much money was borrowed outside securities firms. When regulators realized this, they moved too slowly.

Innovation has changed the financial industry. It has also created blind spots because different sectors of the market are overseen by different regulators and their coordination has been poor.

Trust companies have channeled a lot of capital from bank wealth management products to the A-share market through an arrangement called "umbrella trusts." These are a structured financial derivative that is essentially a channel for banks to work around regulations and indirectly invest money from their wealth management products in the stock market. Private asset management firms and peer-to-peer lending services were also involved. The banking regulator has been unable to supervise and control the flows.

Cutting off these channels of funding would be unrealistic. Regulators should work together to establish formal ways for banks to buy stocks so they will not have to rely on shady ones. They must approach this issue with pragmatism, set up investor requirements, and improve monitoring and regulations to prevent and control systemic risks.

The securities regulator also made a mistake by treating the stock market index as if it should determine policy. More than two decades of ups and downs should be enough to prove that the government is incapable of dictating how share prices should behave. The only thing it should and can do is continuously improve the market's mechanisms and make sure investors have faith in its long-term health. Rushing to stabilize fluctuations by lowering standards will not make investors more confident. It only hurts the regulator's credibility.

It won't be easy for regulators to implement policies that will be proven correct only by time, but it must be done. The government should also learn its lesson this time. This is all the more important because reforms already underway will bring good news for the capital market. Giving in again to pressure and sacrificing regulatory standards will only lead to greater risk.