CRC Sets up Subsidiary in U.S. 'to Aid Overseas Expansion' 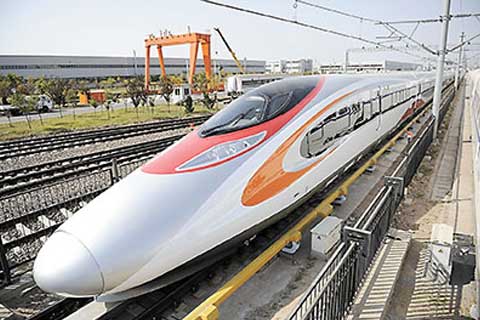 (Beijing) – China Railway Corp. (CRC) has set up a subsidiary in the United States to help it expand its business abroad, an employee of the state-backed operator of the country's railroads said on July 14.

The firms behind the new company have given it assets of US$ 10 million to start operations, the CRC employee said. It is unclear where it will open its offices.

The CRC launched China Railway International Group Ltd. in December. More overseas branches will be set up under it, the CRC employee said.

China Railway Group Ltd., a company listed in Shanghai and Hong Kong, but not related to CRC, said in a filing on July 13 that it and a subsidiary invested a combined US$ 2.4 million in China Railway International (U.S.) Group.

An employee of China Railway Group said CRC has a controlling stake in the new company. The person did not elaborate on who the other shareholders are.

The establishment of CRC's U.S. subsidiary is probably preparation for Chinese rail companies to bid for high-speed rail projects in the U.S. state of California, an employee of CRRC Corp. Ltd. said. The latter is a train manufacturer formed on June 1 by a merger of China CNR Corp. Ltd. and CSR Corp. Ltd. It is unclear whether CRRC has invested in the new U.S. firm.

The United States is the most important market for CRRC, the employee of that company said. The company is preparing to launch a marketing campaign in the country in September.

Chinese railroad builders and train makers are eager to expand overseas, and Thailand is one of the early targets. Cooperation in high-speed railroad projects is also an important segment of the New Silk Road initiatives being pursued by the Chinese government.

In mid-June, a China Railway Group subsidiary and two Russian firms signed an agreement to study and design a 770 kilometer line linking Moscow and Kazan, a city to Russian capital's east. This would be the first time China has exported its high-speed rail technology.