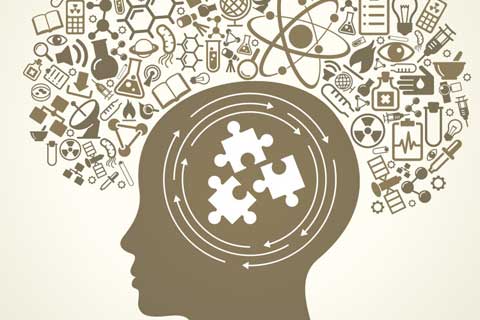 (Beijing) – Privately run think tanks in China are undergoing big changes months after the State Council announced a policy to encourage the development of domestic policy research and advisory institutions.

Private think tanks have for years encountered difficulties registering as non-profit organizations with the civil affairs authorities. Many of them have to register as enterprises with industrial and commerce authorities and thus do not enjoy preferential policies.

However, that could be changing.

"The government has made some new policies mainly regarding registration," said Zhong Dajun, founder of Dajun Zhiku Economic Consultant Co. "There are some ideas to allow private think tanks to register as non-profit entities. The Ministry of Civil Affairs has invited us to discuss the draft of new rules."

The government sent signals in recent years that it wanted to promote domestic bodies that devised policies. In April 2013, Communist Party General Secretary Xi Jinping for the first time highlighted building "think tanks with Chinese characteristics" as a national strategy. Then, on January 20, the central government unveiled guidelines aimed at promoting the development of domestic think tanks.

Those signals encouraged researchers and advisors, who argue that think tanks needed a better environment to operate in, and could bring about a change many experts say is long overdue.

Zhong set up Dajun in 2000 after quitting his job as a journalist. The Ministry of Civil Affairs would not register Dajun as a non-profit institution, so Zhong registered it as a holding company with the authorities. Business has been lukewarm.

"We have relied on publishing articles over the years and cared little about our influence," he said. "We are still watching. If the situation does not improve, we will quit."

Even those with government ties do not have it easy. The China Center for International Economic Exchanges (CCIEE), a high-profile institution established in 2009 and chaired by former vice premier Zeng Peiyan, has also had trouble finding funding.

Wei Jianguo, the organization's executive deputy director, said it has raised 300 million yuan to support its daily operations, short of the 500 million yuan it wanted. Wei said CCIEE is not funded by the government, but it has outperformed rivals because it has access to senior officials.

"Our directors can participate in meetings of the State Council," he said, "and our researchers can take positions in local governments."

This government access is crucial for policy bodies in China, and one researcher said "private think tanks that perform well all have ties with the government."

Zhu said both official and private think tanks count on their relationships with officials to improve business, rather than building expert teams and research capacity.

Li Wei, director of the Development Research Center (DRC) under the State Council, said China has about 2,000 policy research institutions, and 90 percent have official backing, including from the government, Communist Party bodies, universities, the military and state-owned companies.

A 2014 report on the influence of domestic think tanks published by Horizon International Research Institute and the China Internet News Center said that the country's five most influential think tanks are the DRC, the Chinese Academy of Social Sciences (CASS), the Shanghai Academy of Social Sciences (SASS), the National School of Development at Peking University and the Central Party School, the party's ideology training facility. All are state or semi-state institutions.

Li Yang, the former deputy president of CASS, said as one of the country's most important think tanks, CASS can deliver its reports directly to top officials. But state-backed institutions also have troubles related to the government's rigid management of people and funds.

"There are strict restrictions on overseas trips, duration and destination, and each trip needs to go through a complicated application procedure," one employee of a state-backed research institution said. In addition, due to the lack of incentives, many experts leave state-backed institutions have left for better pay, the person said.

The guidelines issued in January suggested ways think tanks could improve their management, research and the way they handle funding. And some organizations are already making changes. In June, the Public Policy Research Center under CASS published an ad to recruit researchers as part of its efforts to reshuffle its research teams.

Li Ling, a think tank management expert at SASS, said the measures pursued by most think tanks focus on the management of professionals and money.

"Current talent assessment systems are the same as those adopted by universities and focus on dissertation publication," Li said. "But think tanks are different from universities and should pay more attention to advisory results. Institutions also have to apply for new research projects to raise funds. This must be changed."

Meanwhile, private think tanks argue that they should get more policy support. Wang Yaohui, chairman of the Center for China and Globalization, said private bodies should have more access to government-funded research projects, a change that would ensure a level playing field with state-back counterparts. In addition, financing channels should be widened so private think tanks can get money from donors such as companies.