CSF Said to Get 1.22 Tln Yuan from Banks for Stock Buys 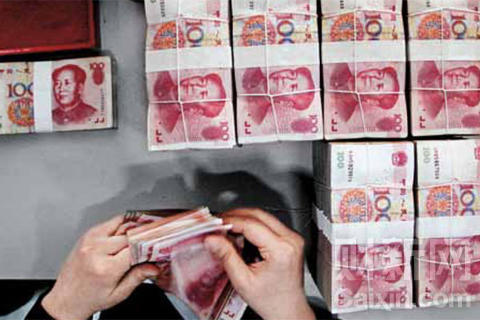 The firm was still borrowing through various channels, one of the bank employees said, and it may eventually borrow up to 4 trillion yuan.

The four-year old company has taken center stage in the government's recent efforts to stop a selloff frenzy on the stock market that sent the benchmark Shanghai Composite Index down by more than 30 percent in three weeks starting June 15.

It began buying stocks from retail and institutional investors on July 6 using hundreds of billions of yuan borrowed from securities firms, commercial banks and the central bank, people with knowledge of the moves have said.

Those purchases have helped stabilize the market. The index bounced back on July 9, closing 5.76 percent higher than the previous day after intraday trading pushed it down to the lowest level in nearly four months at 3,373 points. Rallies continued for the next two days amid small fluctuations.

The CSF borrowed from commercial banks through interbank loans and by selling short-term financing bills in the interbank market.

It directly borrowed about 1.1 trillion yuan from eight commercial banks, and raised another 120 billion yuan from bond sales, according to calculations by Caixin based on figures provided by bank employees.

The loans were due in one year and the interest rates on most of them were at least 4.3 percent, a banker with knowledge of the matter said. The central bank's benchmark interest rate on one-year loans is 4.85 percent.

Banks have decided how much to lend the CSF based on their level of involvement in margin trading arrangements, a bank executive who declined to be named said. He did not elaborate.

The CSF also borrowed from banks by selling short-term financing bills in the interbank market. One of the sales, carried out on July 9, netted 80 billion yuan from banks.

The CSF was co-founded in 2011 by the country's major securities and commodity exchanges and clearinghouse to finance brokerage firms' margin trading and short-selling business. Its registered capital was increased to 12 billion yuan in October 2012 from the original 7.5 billion yuan. In July, it was increased again to 100 billion yuan.