Progress for Reform as Yuan Inches toward SDR 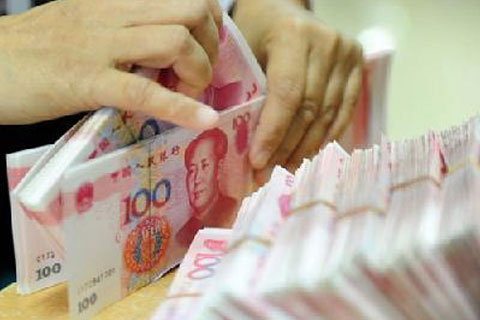 The recent adjustment to the system for setting the yuan-foreign currency exchange rate added an unexpected twist to China's bid for the yuan's inclusion in the International Monetary Fund's basket of Special Drawing Rights (SDR) currencies.

The IMF quickly welcomed the adjustment, issuing a supportive statement one day after the People's Bank of China announced that daily fixing rates for the yuan would be linked to the currency's value at the close of the previous trading on China's interbank foreign exchange market.

Just a week earlier, the fund had issued a 64-page report urging China to more closely follow the market when calculating the yuan's daily fixing rate, also called the central parity rate. The central bank's latest reform is thus a sign that the gap between the government and the IMF is narrowing.

This is good news. But it's not the time to celebrate. The financial reform campaign must proceed.

The SDR is a supplementary reserve asset for IMF members. It consists of four currencies: the U.S. dollar, euro, yen and pound. Adding the yuan would put the yuan at least symbolically on par with these currencies.

Some have doubted whether membership in the SDR club really means anything. After all, they reason, the SDR basket constitutes only 2.5 percent of all of the world's currency reserves.

But there are real benefits to winning SDR status. For one, it lowers the cost of borrowing. In addition, the yuan's inclusion would encourage Chinese companies to expand abroad. Cross-border transactions of bulk commodities could be denominated in yuan, thus lowering the risks associated with exchange rate fluctuations. SDR inclusion would also give the country more options for investing its foreign currency reserves.

How should reforms proceed? Soon the IMF will likely extend the validity of the current SDR portfolio, which does not include the yuan, through September 2016. China thus has a one-year timeframe for pacing reform steps.

The IMF decides whether a currency qualifies for inclusion in the SDR based on several criteria. To start, every country with currency in the basket must be a leading exporter. Moreover, an eligible currency must be "freely usable."

There is no doubt China has already met the first criterion. Whether it has met the second is a matter of debate, since China still restricts its capital account. The IMF does not say in numeric terms how widely a currency must be used for international transactions and traded on the world's main foreign exchange markets before it can be considered "freely usable." Thus, for an aspiring applicant like China there is plenty of leeway and plenty of room for negotiating.

Yet many challenges remain on the operational front. Consider this: The IMF requires that all SDR constituent currencies have a market-based "representative" exchange rate against the U.S. dollar for the purpose of SDR valuation. For the yuan, this would be the central bank's daily fixing rate. But the IMF has noted that this "rate is not based on actual market trades."

The disparities that exist between onshore and offshore yuan exchange rates also raise concerns about potential operational risks. Neither are there hedging tools and instruments that can set interest rates for any share of the SDR basket potentially occupied by the yuan. Unless these issues are resolved, China will never get the votes needed to join the club.

On the domestic front, China's effort to join the SDR has met with some resistance. For that reason, government regulators should listen to critics when they are right. They should also act to allay worries about money laundering, tax evasion and financing terrorists.

There is no shortcut for the yuan's long journey toward becoming an internationally recognized reserve currency. Whenever a problem stands in the way, a solution must be found by means of another reform.

A number of reforms have been implemented in recent years aimed at paving the way for the yuan to be classified as a freely usable currency. China is certainly on the right track. Christine Lagarde, the IMF president, has said that the yuan's inclusion is not a question of if but when.

And in a sense, the period leading up to SDR inclusion is spurring financial system reforms and developments similar to what we saw in the period before China was admitted into the World Trade Organization in 2001.

"China is going to these extraordinary lengths not just for an empty title," one government official said. "Rather, it's looking to leverage the process leading up to joining the SDR to build a better financial market and a macroeconomic regulatory framework that better suits its status as a big, open economy."

It is important to bear this official's thoughts in mind. It is easy to understand why SDR inclusion is not the climax of a political process but the fruit of a persistent reform campaign. Moreover, only by continuing to improve our financial markets and related regulations can we expect to win the trust of investors and central bankers around the world.