Amnesty as a Stepping Stone to Rule of Law 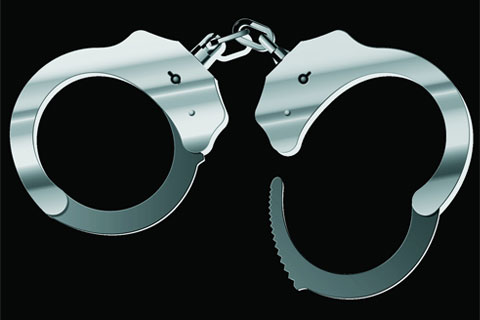 A recent amnesty declaration affecting convicted criminals deemed no threat to society was a poignant reminder of China's tradition of prudent punishment, support for human rights and progress toward of rule of law.

The Standing Committee of the National People's Congress' recent decision, which made international headlines, was timed to coincide with the 70th anniversary of the end of World War II. War veterans and the elderly were among the four groups of convicts pardoned.

The amnesty, promulgated by President Xi Jinping, is the eighth such prisoner release program since the founding of the People's Republic in 1949 and the first since 1975. What makes this decision even more remarkable is that it is only the second such general pardon since 1959 affecting convicts who were not jailed for war crimes.

As a provision for pardoning or reducing incarceration penalties for specific groups of convicts, according to the law, the practice of granting amnesty to convicted criminals can offer significant benefits. Freeing selected prisoners can influence a nation's political climate, for example, and relieve social pressure and promote reconciliation across the social spectrum.

An amnesty program can offset the negative impact of any unusually harsh punishments handed down by judges whose decisions may have been based on special circumstances at a certain period of time. It can even compensate for general inadequacies in law enforcement and the judicial system.

As a humanitarian practice commonly employed internationally, amnesty is considered a human right for certain prisoners. It has been confirmed under international human rights treaties. For instance, Article Six of the International Covenant on Civil and Political Rights says: "Anyone sentenced to death shall have the right to seek pardon or commutation of the sentence. Amnesty, pardon or commutation of the sentence of death may be granted in all cases."

Amnesty is consistent with China's tradition of prudent punishment that complements the strong arm of state power. It plays an indispensable role in the constitution by helping to protect human rights and promote the rule of law.

The latest amnesty order targets convicts who fought in the country's wars of the 1930s and '40s, namely the resistance against Japanese aggression and the civil war. It also covers veterans from other wars who helped "protect the nation's sovereignty, security and territorial integrity" since the founding of the republic.

Also slated for pardoning are convicts over age 75 who are disabled or unable to care for themselves. Prisoners who were less than 18 years old when they committed a crime, were sentenced to less than three years in prison or have less than a year left on a sentence term may also be pardoned. By showing leniency toward these convicts, the program reflects the country's traditional care for the elderly and young people.

It's been estimated that several thousand convicts could qualify for the amnesty, which makes the program politically significant against the backdrop of the national commemoration of the war's end.

More importantly, the amnesty program adds a new wrinkle to ongoing legal transformation. Throughout this reform period, laws and legal terms have been frequently revised to harmonize with changing political and economic conditions.

An amnesty can help remedy any harm inflicted by a sentence that may have been inappropriate or inconsistent with the political winds that change as time passes by.

But an amnesty order is only one step in a longer process. Afterward, a huge amount of work must go into coordinating courts, prosecutors, prison officials and civil organizations.

Indeed, much more work will have to be done if the nation wants amnesty to be a normal, predictable and transparent practice that harmonizes with rule of law.

In fact, amnesty has yet to be normalized in China. Pardons are granted far less frequently than the international average. One legislator noted that the latest decision came directly from the Central Committee of the Communist Party, a clear indication that it had roots in political concerns.

What is needed, then, is more education for the public on this issue and a focus on giving amnesty a key role in promoting equal rights for all, while making sure the power of granting pardons is not abused, so that it will enhance public confidence on rule of law and benefit the development of democratic politics.

Who receives amnesty should be extended beyond the four types of convicts covered in the latest program to a broader group that includes those who pose no threat to society after release and are approved for release by independent courts in line with the law.

Making amnesties normal requires expanding their coverage to especially people involved in high-profile cases that have aroused public sympathy. Proper implementation of legal pardons under these circumstances will have a more positive effect on society.

The amnesty principle has been written into the constitution, but for now there are no detailed regulations. The practice has no system for formal proposals, release criteria, program reviews, implementation practices, supervision boundaries and other practical aspects.

What is needed, then, is an amnesty law that includes clear guidelines combining the spirit of constitutional principles and human rights concepts. This, in turn, would provide the needed legal support for all future amnesty programs.

Amnesty should not be an impromptu gift bestowed by authorities. It should be in China what it already is in other countries around the world: An international practice that supports governing under a constitution along with protection of human rights. And any effective amnesty system promotes rule of law.