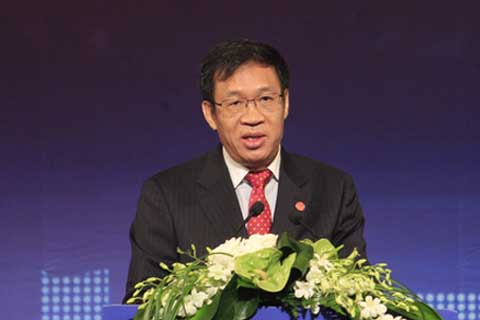 (Beijing) – The central bank is drawing a regulatory line in the sand for hundreds of companies that link online shoppers and sellers through third-party payment services.

The line has yet to be fully clarified, but the People's Bank of China recently shed light on the government's regulatory direction by for the first time revoking a payment company's business license. Moreover, in August the bank started finalizing specific rules for the industry that, for example, would cap transactions based on degrees of security risk and tighten user-identity verification rules for rapid-payment services.

Critics say the central bank is clamping down too hard while basing regulatory decisions on exaggerated claims of security risks. In fact, these critics argue, online payment services are not as risky as many bank officials fear.

Other critics say the online payment rules may threaten the future of big-ticket shopping and stifle a growing business sector that supports financial innovation, online investing and Internet-only banking. One of the central bank's proposals would limit third-party online transactions to 5,000 yuan per day for buyers who cannot meet identity verification requirements.

But can the central bank and other financial regulators in Beijing hold their line and strike a balance between risk control and financial innovation? The central bank's deputy governor, Fan Yifei, says the answer is "yes." Moreover, Fan says the government's pending rules for third-party payment services will likely open a door for future business growth.

"We definitely hope that (third-party) payment institutions can grow in a healthy and sustainable manner," Fan said in an August 21 interview with Caixin.

In the interview, Fan described the central bank's vision for the future of the online payments industry, which revolves around the Internet's ability to move money quickly from consumer bank accounts to e-commerce companies. He outlined what he sees as future risks and explained how the government is meeting its responsibilities as an industry supervisor.

"The central bank is responsible for maintaining the stability of the financial system, through which the (online) payment industry and the real economy can together enjoy healthy development," Fan said. "It also shares the interests of commercial banks and payment institutions."

Fan shed no new light on the central bank's timetable for the new regulations for online payment services. A month-long period during which the government welcomed public comments on a draft of the proposed regulations ended in late August.

Fan was hired by the central bank after government regulators spent years trying to better control the lucrative and thinly supervised online payments business which, although innovative, has at times been blamed for harboring criminal activity.

A recent central bank report not released to the public said third-party payment companies have processed transactions worth hundreds of billions of yuan for non-Chinese gambling activities. These illegal transactions involved accounts registered on online payment platforms, the report said.

The bank report also warned that criminals have been laundering money and embezzling funds by taking advantage of holes in security walls – the very walls designed to protect third-party payment platforms from crooks.

Zhejiang Yi Shi became the first of the country's estimated 270 third-party payment providers forced out of business since the central bank issued its first licenses for the industry in 2011.

Fan did not say whether any other companies might face disciplinary action, but he stressed that regulators want to support this increasingly important business sector. After all, the country's online payments providers include e-commerce giant Alibaba Group Holding Ltd., social media leader Tencent Holdings Ltd. and major financing firms that the central government very much wants to support.

Here are excerpts from the interview with Fan:

Caixin: The proposed rules were drafted in 2010 and since then have undergone several revisions. What is the basic principle for supervising third-party payment services, and when will the rules be implemented?

Fan Yifei: Central bank officials have made it clear that online payment regulations will encourage innovative development. And they can tolerate mistakes in order to encourage the industry's growth. We still agree with this regulatory principle. Meanwhile, regulatory measures will be adjusted over time as situations change. The People's Bank of China, as the regulator, will actively support the industry's development while making an effort to put regulations into effect. When facing an emerging industry, regulators need to humbly learn from the market.

We have collected public opinions about the draft rules and are studying these opinions. We will review proper opinions and try to issue the rules as soon as possible. But we will not sacrifice quality in order to issue rules quickly.

It will be hard for the final version to satisfy all parties, but various parties should try to reach consensus out of mutual interest in the industry's long-term, healthy development. They should also take into consideration both convenience and security issues.

The payment business has all the features of a financial service, which involves huge amounts of capital from a wide range of sources and can be driven to expand. In addition, a financial institution can play a role as an information intermediary and can accept risks. So payment services are part of the financing industry.

"Third-party payment" is not a proper term now since many payment companies have expanded their businesses into asset management, wealth management and other areas. Some have even expanded beyond banking services. But there's a problem. Getting into the payment industry is much easier than starting a bank, which falls under strict capital requirements designed to reduce risk.

To address this problem, regulators should either impose requirements on payment companies that mirror those imposed on banks, or ask payment companies to give up their side businesses and focus simply on the payment business. A compromise might involve setting limits on existing businesses, rather than abolishing them, which is what the draft rules would do.

How does the central bank view the payment sector's structure and future development?

In the long run, payment sector players should be well-positioned in their businesses, enhance cooperation and compete fairly. Banks will enhance their role by handling large-scale transactions, while payment companies should further develop their advantages in the areas of flexibility and convenience. The payment sector should offer more room for developing small and medium-sized financial institutions, including banks and non-bank payment companies.

Many in the payment industry have called for classification-based supervision, or imposing different regulatory requirements based on the size of a company's business and its risk control capacity. What's your opinion?

Among payment companies, there are a lot of differences in terms of development levels and capacities. Some have established sound internal management systems comparable to those at banks. But others are weak. So there's a need for different kinds of supervision. Some regulatory incentives can be granted to qualified companies, such as higher transaction limits.

But classified supervision still requires a benchmark. There are common norms to follow, as well as different measures. In the financial sector, big institutions usually fall under stricter supervision standards to prevent systemic risks. But we're still studying whether this principle applies to the online payment sector.

Some payment operators have linked their platforms to various financial institutions and function as interbank clearinghouses similar to banks. But their accounting systems are usually opaque and it's hard for regulators to monitor capital flow. How will the central bank deal with that?

Some people think traditional banks will be protected in the current, competitive environment if rules for the third-party payment sector are tightened. What's your take on this?

In recent years, banks have introduced more Internet-related technologies, with the goal of improving their services and making their businesses more efficient. But some problems remain. There are still long lines at some bank branches and customers have to pay interbank transaction charges. Banks need to generate income to cover their business operating costs. The central bank has no right to order them to exempt transaction charges. But since many Internet companies have been able to reduce their (transaction service) costs to zero, banks should consider improving. The central bank has conducted research and formulated ideas to help banks improve their payment services. There is still much to do.

As the regulator for the entire payments industry, the central bank shouldn't favor any single party. Policies are designed to ensure the healthy development of the entire industry, and find a way to balance convenience and financial security.

How do risks facing the financial sector as a whole compare with those for Internet financing?

The central bank has outlined potential risks tied to Internet financing. First, there are technological risks. Second, a limited awareness of financial risk and risk-resistance measures is a common problem among many customers of Internet financing services. Third, Internet companies may be engaged in vicious competition, which can cause businesses to fail and customers to lose money. And fourth, risks can spread quickly and broadly throughout the market, since Internet financing is closely connected to other areas of the capital market. Therefore, any system-related problem that emerges in the Internet financing sector can have a shocking and persistent impact on the entire financial market as well as the real economy.