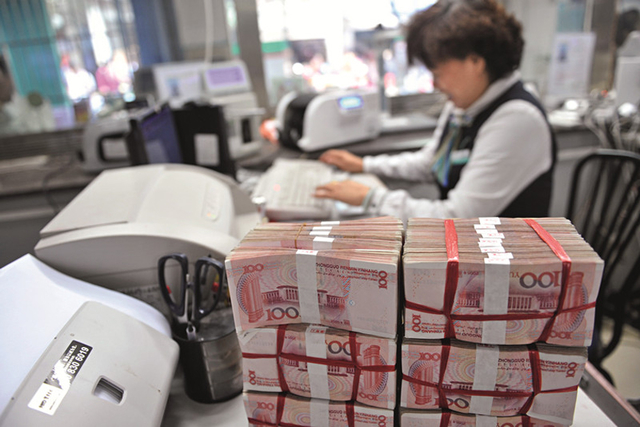 (Beijing) – The country's banks extended 11.1 trillion yuan in new loans in the first 11 months of the year, Caixin calculated based on monthly data from the central bank – breaking last year's record for lending in one year even before December's figure is added.

The second highest amount for one year was 9.78 trillion yuan in 2014.

The borrowing this year was driven by troubled companies that stayed afloat only because banks gave them new loans to pay off old debts and by home mortgages and transport infrastructure, a source close to the People's Bank of China said.

Several bankers said they noticed an increase in cases of companies relying on new bank loans to repay old debt. This was particularly clear in industries such as shipping, coal mining and steel manufacturing, which the government has said must be streamlined to reduce excess capacity.

One banker said these firms were often the ones known to have relied on shadowy private lending for survival in the past. As many private lending networks unraveled amid tighter regulatory scrutiny and an economic downturn, many firms are turning to banks for new loans to keep them afloat, he said.

Banks were sometimes strong-armed by local government officials to extend loans to these companies because they feared letting them go under would cause social instability, a risk-management executive at one bank said.

"But these companies are doomed," he said, adding that forcing banks to lend to them "amounts to dragging down the quality of the loans to non-performing."

Banks are more inclined to make loans to home buyers than to small and medium-sized enterprises, an executive of a state-controlled bank's branch in the southern province of Guangdong said.

The branch had also seen strong demand from individuals who borrowed to buy homes and cars, he said.

Banks are willing to lend to those projects because they are seen as aligned with the central government's goals of stabilizing the economy and increasing exports to countries through the "belt and road" initiatives, they said.

The Industrial and Commercial Bank of China, the country's largest bank, has changed its policy this year to permit more loans to projects such as new airports.

The bank's former president, Yang Kaisheng, said last week at a forum that he is worried banks may be repeating a mistake of lending too much with too little information. "History has shown repeatedly that whenever banks lend too much, bad loans will inevitably increase significantly," he said.

Banks had already lent over 1 trillion yuan more this year than in 2009, a year of heavy lending related to government efforts to soften the blow that the financial crisis has on China.

Official data show the banking sector had 1.92 trillion yuan in bad loans as of October, about 2 percent of the total.