Another Official Tied to Zhou Yongkang Is Handed Jail Term 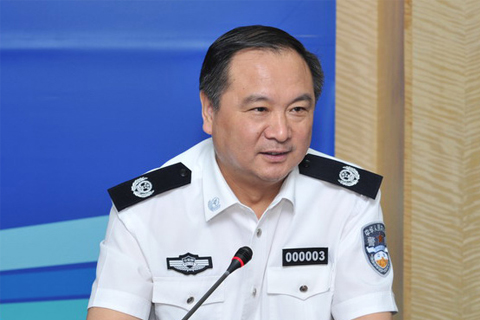 (Beijing) – A former vice minister of public security who served under disgraced top Communist Party official Zhou Yongkang was sentenced 15 years in jail by a court in Tianjin on January 15 for graft related to state broadcaster CCTV.

Li is the latest official linked to Zhou to be jailed. Jiang Jiemin, who developed close ties to Zhou when they were working at a subsidiary of China Petroleum & Chemical Corp. (Sinopec), was sentenced 16 years in jail in October for taking bribes totaling 14 million yuan.

Li Chuncheng, who rose through the ranks in Sichuan when Zhou was the southwestern province's party secretary, was handed a 13-year jail term for taking nearly 40 million yuan in bribes and abusing his power.

Zhou was jailed for life in June for taking bribes, abusing his power and leaking state secrets.

The investigation into Li was announced by the Central Commission for Discipline Inspection (CCDI), the party's anti-corruption agency, in December 2013. He was arrested a year later on charges that included helping his brother, Li Fusheng, take bribes of more than 15 million yuan. Li Dongsheng pleaded guilty during his trial in October.

Li, 60, was born in Zhucheng, in the eastern province of Shandong. He joined the military at a young age and once worked for the party's Central Security Bureau, a military unit responsible for the security of top leaders.

After serving in the military, he enrolled in Fudan University in Shanghai to study journalism in 1975. He later became a journalist for state broadcaster CCTV, and spent more than two decades working his way up the ladder to become the station's vice president.

Prosecutors said that nearly three-quarters of the bribes Li took came from Li Ming, the former head of Beijing New Remington Advertising Co. Ltd., who Li came to know during his time at CCTV.

In 1996, Li Ming's advertising company wanted to buy airtime from the prime time program News 30 Minutes, but CCTV turned it down. Prosecutors said Li later got to know Li Dongsheng through a college friend who worked at CCTV, and a deal for airtime was reached.

For the next 19 years, Li Ming's ad agency dominated the program's airtime, selling ad slots to other companies and profiting from commissions, prosecutors said.

Prosecutors said Li Fusheng used the relationship with Li Ming to get six advertising deals worth a total of 15 million yuan from 2010 to 2013. It is unclear whether Li Fusheng is being prosecuted.

After leaving CCTV in 2000, Li Dongsheng took various positions in propaganda bodies in the party and government between 2000 and 2002. In 2009, despite lacking any law enforcement experience, he was appointed vice minister of public security, a job he held until 2013.

Li served under Zhou Yongkang, who at the time was head of the Central Politics and Law Committee, the party body that oversees the Ministry of Public Security.

Prosecutors also said Li took bribes from Cao Yongzheng, a fortune teller who has also been linked to Zhou. Between 2010 and early 2011, Li mentioned several times in front of Cao that he wanted to buy a house for his daughter in Britain. Cao agreed in 2011 to have his daughter, Karmia Chan Cao, who was studying at Stanford University, to transfer US$ 370,000 to Li's daughter.

Cao testified that he did this because "Li is a powerful leader who has resources inside CCTV and the Ministry of Public Security and can offer help."

That help later involved CCTV. Prosecutors said that when Cao's daughter brought a musical play called Pawn to Beijing as part of an international tour, Cao asked Li to pull strings at CCTV so it could be aired.

Li asked Zhang Xiaohai, the head of the state broadcaster's art and entertainment channel, CCTV-3, to record and broadcast the play. Pawn was then aired on September 10.

"If it was not for Li, the show would definitely not have been on CCTV," Zhang testified.