Manufacturing Slows Again to Start 2016, with Caixin China PMI at 48.4 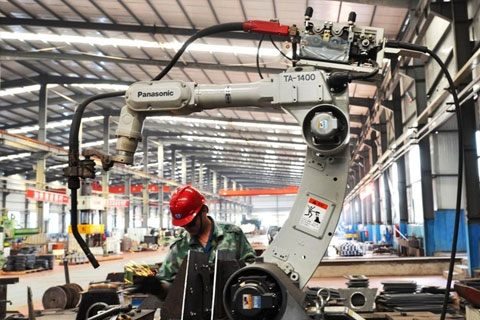 (Beijing) – China's manufacturing slowed for the 11th straight month at the start of 2016, as the Caixin Purchasing Managers' Index came in at 48.4 for January.

The figure indicates the contraction was not as severe as that in December, when the PMI stood at 48.2, further away from the neutral 50-point level that separates growth from decline.

Data for the categories used to calculate the index show that both output and employment conditions declined faster in January than in December.

Total new manufacturing orders received continued to shrink, albeit by the lowest rate in seven months. Lower production requirements led companies to cut back on their purchasing activities.

Companies reduced sales prices again in January for the 18th month in a row. The average cost of inputs fell, too, and was generally driven by lower commodity prices.

"Recent macroeconomic indicators show the economy is still in the process of bottoming out and efforts to trim excess capacity are just starting to show results," said Dr. He Fan, chief economist at Caixin Insight Group. "The pressure on economic growth remains intense in light of continued global volatility. The government needs to watch economic trends closely and proactively make fine adjustments to prevent a hard landing.

"It also needs to push ahead with existing reform measures to strengthen market confidence and to signal its intentions clearly."