When Gov't Officials Misunderstand their Role Vis-à-vis the Market 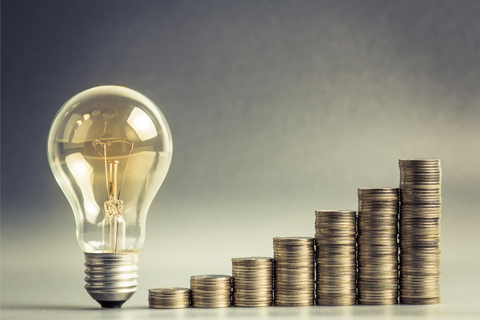 A crucial challenge facing governments in promoting entrepreneurship and innovation is striking a balance between active involvement and leaving the market alone.

The government of Shanghai has clearly failed that test. It overstepped the line recently in pledging to compensate venture capital firms for their losses. The plan has been met with harsh criticism from many in the public, and the problems the idea reveals underscore how hard it can be to form a healthy relationship between the market and government.

Officials in Shanghai say that starting this month venture capital firms can apply for a payout if they invested in a local high-tech startup and lost money. The plan is intended to encourage private investment to support entrepreneurship and innovation, the government said.

This sounds well and good, but it won't work. The policy will only reward failures, turning the incentive mechanism essential to investing upside down and creating moral hazard. Investors will be tempted to take on more risk because they know the government will help pay for their mistakes. Distorted incentives like this will not only fail to inspire innovation, but also create a channel for corrupt dealings.

Officials in Shanghai have repeatedly said that they will be very strict with the screening of projects eligible for compensation. But whether the government has enough manpower, information and resources to fulfill that promise is questionable.

Besides, only about 110 investment firms that have registered with the Shanghai government can apply for a payout. Is this fair to other firms? Also, who will be responsible for monitoring and supervising the program? Will the policy be subjected to a cost-benefit analysis? There are no answers to these questions right now, and it's unlikely there ever will be, meaning the policy will probably become yet another costly example of misguided government intervention in the business world.

Only officials who lack an appreciation for a clear line between the role of the government and the market could have backed the idea to use public money to subsidize VC investments. The central government has said the market must be allowed to play a decisive role in allocating resources. The requirement is aimed at keeping administrative power in check. The reason top officials have said this is simple: Markets fail, but government intervention fails more often.

The payout proposal is also reflective of a misunderstanding about what entrepreneurship and innovation mean. Uncertainties and risk are part and parcel of entrepreneurship. Innovation emerges only from trial and error, not because any prescient officials miraculously pointed out the way and the market followed.

This is not to say the government should just sit back and watch companies take care of themselves. Rather, it has an important mission. It is obliged to formulate fair rules for market entry and competition and to ensure they are faithfully implemented. It is responsible for creating a favorable climate for research, innovation, financing business, and also for providing adequate and impartial legal protection for property rights. The government can support scientific and technological research, but only when private backers do not step up. It needs to support innovation, but must do so according to market principles.

The idea of squandering taxpayer money in the name of a good cause is not new in China. Before Shanghai rolled out its subsidy plan, the provincial governments of Jiangsu and Guangdong, among others, had tried similar ideas, offering preferential treatment such as cheap land and loans to projects that allegedly promoted entrepreneurship and innovation. More often than not, these policies end up failing to spur innovation.

Now it appears that even Shanghai, with its reputation as the vanguard in letting market forces hold sway, has not completely shaken off its old obsession with omnipotent government. The good news is that it is not too late yet. Shanghai's program launched only a few days ago, so it is not too late to end it before more the damage is done.

The incident serves as a reminder of how easy it is for a local government to pass off an old policy trick as a new reform measure. This is worrying because many officials around the country have shown they are prone to trade progress for investment-boosting quick fixes as the economy slows.

A further cause for concern is that the Shanghai government has said the funds for the payouts will come from its budget. Leaving aside the matter of whether the city's legislature approved the idea, it begs the question of whether public funds are being put to good use. Losing investors do not seem to be a priority when other sectors, including pensions, medical care and education, could use the money.

Shanghai's government is surely not the first to have a policy backfire because officials did not understand their role regarding the market. Hopefully, it will be the last.