The Best Way to Improve the Lots of Farmers 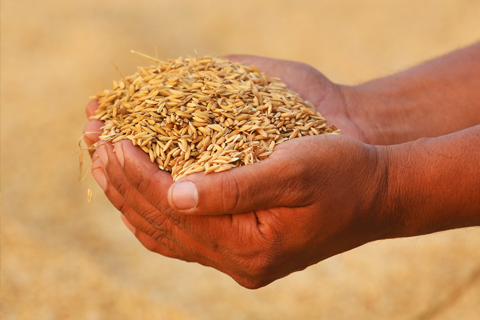 A new set of guiding principles for the agricultural sector, set forth by the State Council and the Central Committee of the ruling Communist Party in their first policy document released this year, underscores policymakers' determination to embrace reform.

Previous efforts to make the sector play by market rules have suffered setbacks, mostly because the government fears changes may undermine the security of grain supplies that are considered of strategic importance to the country. The consequences are grave. Government intervention featuring direct purchases and heavy subsidies has all but eliminated the guiding function of price, reduced the diversity of market players, and plunged the industry into a peculiar plight where crops output, imports and stockpiles were all increasing at the same time.

The new policy shows the central government will start reform again, with special emphasis on rice, wheat and corn in a bid to solve the plight. This is landmark progress in market reform, considering the extra caution the central government has always maintained regarding changes in the agricultural sector for fear of hurting food security and farmers.

Since 2004, staple foods and important economic crops such as cotton have been covered by a price-supporting mechanism in which the government set a price floor and purchases directly from farmers when the market price falls below that level. The system's costs far outweigh its benefit.

In 2014, a new approach was tested with soybeans and cotton in some areas, where the government pays farmers to cover the shortfall between the market price and a recommended price.

Under the new policy, the supporting mechanism for corn, a staple food, will be improved as well. This sends out a powerful message about policymakers' intention to push reform for other food crops and will facilitate changes in how rice and wheat farmers are subsidized, if at all.

China's food problems are essentially caused by the current subsidy program, which stopped pricing from serving its role of regulating supply and demand. This has led to a severe mismatch between consumer demand and products at home, and allowed the price gap between domestic and foreign markets continue to widen.

The problem must be solved via market reform. This change will allow pricing to play a decisive role in allocating resources, improve the efficiency and quality of agricultural production, and allow the farming industry to form a competitive edge globally in a way that best fits its resources.

The reform will undoubtedly face obstacles, not least because it is very difficult to gather information on an extremely fragmented market and regulate peasants who work for themselves and make up the majority of the country's farming population. But progress must be made.

Several issues need to be cleared up first. One regards the security of food supplies. This has been the starting point of China's grain policy for decades, but it is worth noting that some fundamental changes have occurred. As more people move into cities seeking a better life, society's eating habits will diversify away from grains and include more meat, fruit and dairy products.

Also, as the country's labor and land costs rise, we're losing comparative advantages in crops that require these factors most. That means foreign competition for domestic food producers will only grow fiercer. Adhering to absolute self-supply under this circumstance is neither wise nor possible.

In response, the government has called for better utilization of foreign markets to supplement domestic supplies. Meanwhile, it has kept its bottom line of keeping the "demand for grains basically met by domestic supply" and the overall food situation "absolutely secure." How to interpret this bottom line decides how far the reform could go next.

Another crucial matter that needs more clarification is whether the pricing of staple grains will be completely left to the market. Critics have said that the improved subsidy program for soybeans and cotton still costs too much and cannot be applied to staple foods. They also argue that setting a recommended price still distorts the market. This raises from questions. How far is the government prepared to go in letting the market set prices of staple foods? What methods does it have in a free market to achieve policy goals?

It is also important to protect farmers and improve their incomes while making these changes. History has shown that subsidizing farmers won't make them rich. The way for them to a better life lies in moving to cities. Most farmers in China will eventually leave the sector, and those who stay will need to adapt with modern technologies.

This is not to say the government can sit back and do nothing. On the contrary, it has an obligation and a tremendous amount of work to do in areas including the hukou system, rural property rights, education and infrastructure. It should also make the market more transparent for farmers, and participate more in setting global trade rules.

Every year around Spring Festival, people would lament the poor conditions of rural life showed in photos and stories. But empathy is not enough. Action is more important.