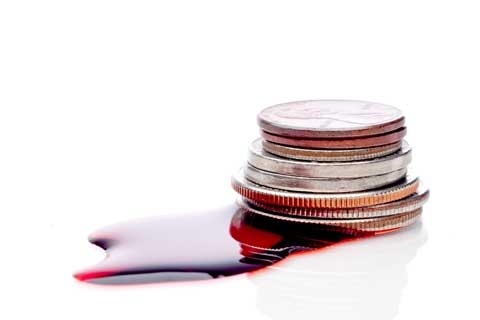 (Beijing) – An executive who oversaw a troubled 50 billion yuan lending program at a loan guarantee company has been detained by Communist Party graft busters, a person with knowledge of the probe says.

Li Lingcheng was taken away by investigators from the party's graft buster, the Central Commission for Discipline Inspection, on February 17, the source said.

Li was once president of Hebei Financing Investment Holding Group Co. Ltd. and later served as its party boss. The person with knowledge of the probe said that as president he oversaw a program by a subsidiary of the group called Hebei Financing Investment Guarantee to back loans extended by banks, asset management firms, trust companies, securities firms and peer-to-peer lending websites. The loans mostly went to companies in the northern province of Hebei.

Its parent is a state-run company that is wholly owned by Hebei's development and reform commission, a body responsible for economic planning matters.

The source that spoke to Caixin said he did not know whether Li is the target of an inquiry or only helping investigators with their probe. People who answered Caixin's calls to the Hebei economic commission and the Hebei Financing Investment Holding Group said they would not comment.

The problems with Hebei Financing Investment Guarantee came to light in early 2015, when investors in the financial institutions that did the lending heard companies in Hebei Province were having trouble repaying loans. The defaults started as early as July 2014.

One angry investor stabbed the CEO of Global Wealth (Beijing) Investment Co. Ltd., one of the private asset management firms that extended loans, during a meeting in October.

Global Wealth said that same month that all of the companies it lent to defaulted on their debt, meaning some 630 million yuan from 660 investors was gone.

Li was removed as party secretary of Hebei Financing Investment Holding in May 2015, the source with knowledge of the investigation said. He went to work at the Hebei state assets management commission afterward.

An executive from another financial institution that is affected by the defaults told Caixin that Li's detention will not provide much help in resolving the crisis, but "we believe that someone's got to be held responsible."

The Hebei development and reform commission and Hebei Financing Investment Holding Group recently signed agreement with China Great Wall Asset Management Corp. to sort out the problem, the executive said, a sign the province is eager to address the problem.

China Great Wall Asset is one of the four state-owned asset management firms the central government launched in the late 1990s to help handle bad loans at state-owned banks.