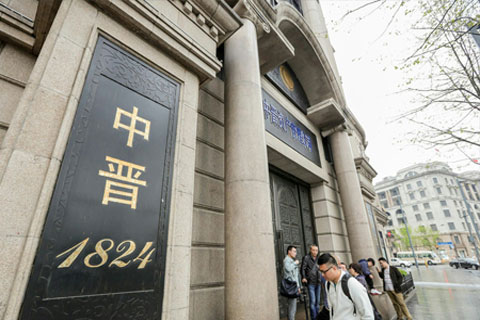 (Shanghai) – The CEO and about 20 senior executives of a leading private fund management company in Shanghai have been detained over a probe into fraudulent investment schemes, Xinhua reported on April 6.

Shanghai police started investigating the company, Zhongjin Capital Management, on April 6 because its employees have been duping investors by providing them with information that included falsified business transactions and connected deals, Xinhua reported.

Citing police, Xinhua reported that the company's CEO, Xu Qin, was taken into police custody at an airport in Shanghai on April 6 as he was about to leave the country.

The company has started over 50 subsidiaries and taken control of another 100 firms around the country since it was founded in December 2012, the official news agency said. It was unclear what led police to probe Zhongjin Capital Management and whether investors had suffered any losses.

Shanghai's government published a statement on April 5 that said it would rein in illegal fundraising programs, whose growing number had come to worry regulators in recent months.

In February, police detained 21 executives at a company running the peer-to-peer lender Ezubo for running a Ponzi scheme that involved hundreds of thousands of small investors and more than 50 billion yuan. That scam apparently ran from July 2014 to December last year.

An employee of one of Zhongjin Capital Management's subsidiaries told Caixin that the company was ordered to close after a police raid on April 5 that saw officers seize computers and documents.

Several investors and Zhongjin Capital Management employees told Caixin they were shocked by the police probe because the company has not missed any repayments.

Zhongjin Capital Management boasts in promotional materials that it is handling over 25 billion yuan in fund management schemes and private equity investment portfolios. It says on its website that it raised 5.26 billion yuan for a new equity fund scheme that closed on April 1, 260 million yuan more than it had sought.