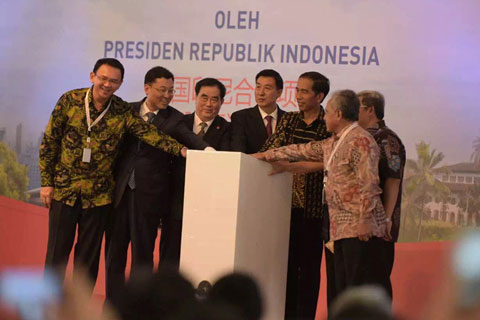 (Beijing) – The Indonesian government has issued a construction permit in early August for the full length of the Chinese funded 142-kilometer high-speed rail line, seven months after the project's groundbreaking ceremony.

Indonesian authorities had earlier granted a construction license to a joint venture formed by Chinese and Indonesian state-owned rail companies to build only the first five kilometers of the link connecting Indonesia's capital Jakarta and the country's third-largest city Bandung, because provincial authorities in areas where the link would cut across had to give approval for the rest of the construction, several people with knowledge of the matter said.