P2P Firms in China Get Wings Clipped by New Rules 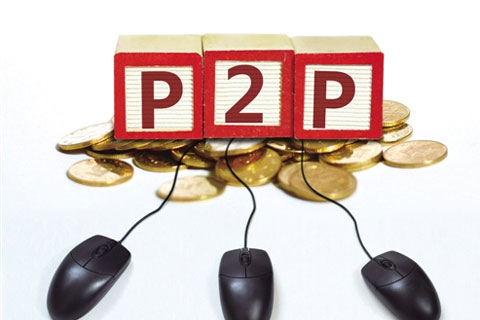 (Beijing) – China's unruly peer-to-peer lending industry-- which has been plagued by pyramid schemes and other scams – is finally facing unified regulations that clamp down on fraud by limiting them to the role of facilitating small private loans and related information sharing.

The country's more than 2,000 enterprises that manage P2P lending have been given 12 months to comply with the regulations published yesterday by the China Banking Regulatory Commission (CBRC) and three other central government organs.

Under the new rules, they must stop pooling investor money to make loans and no longer cooperate with financial institutions to sell their products.

The regulations also establish ceilings on how much a person or a company can borrow through a P2P website, with the CBRC saying large loans should be left to banks.

This is the first set of comprehensive rules Beijing has made for the industry, nine years after P2P lending websites emerged on the mainland.

Originally modelled after British and American companies that allow people to lend directly to each other online, bypassing banks, Chinese P2P lending websites have quickly morphed into anything but a simple platform where people borrow money directly from others to, say, pay off credit card loans.

Thriving on a lack of supervision over how they receive and use funds, many Chinese P2P websites have turned themselves into risky, shadow banking tools for companies, channeling funds from small lenders into complex structured financial products backed by assets such as corporate accounts receivable. Many have failed because of poor management or because of Ponzi-style frauds that have affected hundreds of thousands of investors.

In July, people lending through P2P websites in China generally could expect to receive an interest payment of about 10 percent on the loans they made, according to data from wdzj.com, an independent industry research firm. This was down from the peak of more than 21 percent in early 2014 but still higher than the yield on many bank wealth management products.

The new regulations aim to draw a clear line between P2P loans and lending through banks or other financial institutions.

They lay out areas P2P lending companies must not enter, including pooling funds from lenders and making loans themselves, guaranteeing investors any rate of return, and selling bank wealth management products or asset management plans developed by other financial institutions.

P2P firms are also told to stay away from organizing crowd-funding programs for equity investment, engaging in asset securitization, or repackaging debts originally owned by trust companies or investment funds for sale.

Service providers must also entrust a bank to keep all of the money from their investors and monitor fund transfers between lenders and borrowers. Analysts say this requirement can help prevent investors' deposits from being abused and make sure a loan is made to the person or entity for whom it was intended.

Under the new rules, P2P lending firms will be regulated as information intermediaries that facilitate direct lending by collecting and publishing information about lenders and borrowers as well as providing related services such as credit rating.

These regulations are expected to affect the majority of the nearly 2,300 firms providing P2P services online. But for investors in the 1,879 companies that are considered "problematic" – according to wdzj.com – the new rules may have come too late.

China has seen a record number of scams last year as regulators struggled to catch up with changes the Internet has brought to the financial services industry. The number of so-called illegal fundraising cases, many of which involve companies ostensibly helping people lend to small businesses, rose by more than 70 percent year on year in 2015, according to a central government and police press conference in April. The value of funds and the number of investors involved in the frauds have surged, too, reaching about 250 billion yuan (US$ 37.6 billion)and more than 1.5 million people in 2015.

Among the most egregious scams, Ezubo, a former leading P2P service, is known to have milked more than 50 billion yuan out of approximately 900,000 people in less than two years using fake companies posing as borrowers.