By Huang Rong and Doug Young 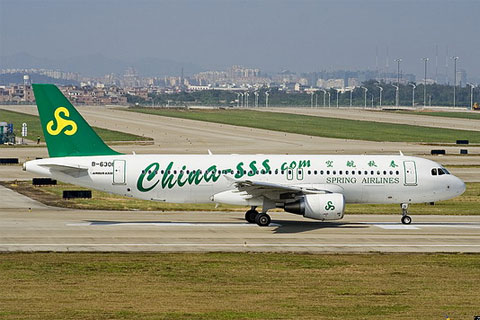 Spring said it would finance the purchase with more than 4 billion yuan ($600 million) raised through the issue of new shares priced at no less than 43.71 yuan apiece, according to a company stock exchange filing. The addition will complement the company's existing fleet of 60 A320 jets.

The 10 new planes would cost a total of U.S.$980 million, based on the catalog price, though airlines typically negotiate large discounts for such bulk purchases.

Spring first proposed raising funds for the purchase last year when its stock was soaring, but failed to get necessary regulatory approval.

Spring is China's oldest budget carrier, and has experienced rapid growth in recent years by feeding on growing demand for air travel by China's booming middle class. The company currently operates 66 domestic routes and another 56 international ones.

Spring is hoping to export its low-cost services overseas, and late last year was reportedly in talks to raise funds for its first major international joint venture in Japan.