Online payments to get independent clearinghouse 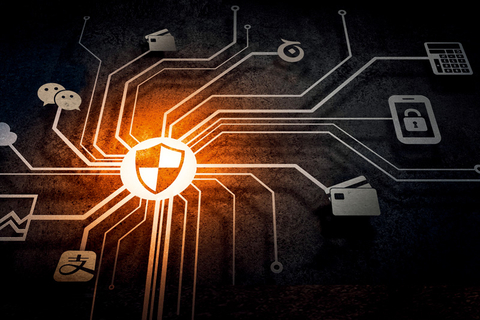 The market has been expecting major infrastructure changes since late July, when the People's Bank of China approved a plan to create a new platform to clear all transactions from online payment gateways using standard protocols and rules.

Caixin learned from sources close to the matter that the Payment & Clearing Association of China (PCAC), an industry group whose members include banks and payment-service providers, is leading efforts to develop the clearinghouse and will also be an investor. The association will flesh out the plan approved by the central bank with details on where the clearinghouse will be based and how it will be managed.

The decision followed the release of a set of rules on online payment services over the past few months, including stricter requirements for payment providers to verify the identity of their clients. The rules reflect regulators' concerns that some payment providers have served as a shield for financial fraud, money laundering and other illegal transactions.

The latest move will bring more fundamental changes to the online payment market.

A Matter of Control

Offline payments, such as those made at point-of-sale machines in shopping malls, are mostly handled by a clearing system provided by the state-backed bankcard association China UnionPay. But the majority of payments made online through so-called third-party payment providers are processed separately according to different terms in the payment firm's own agreement with banks. This makes it hard for banks to maintain consistent standards and control risks.

Also, before transactions are cleared, the funds that will be transferred to the receiver sit in the bank account of the payment service provider, raising concerns that they could be used for unintended purposes.

Data from PCAC showed that in 2015, third-party payment providers handled online transactions worth 24.2 trillion yuan, up 42 percent from a year before.

Alipay, the largest online payment provider, is holding about 110 billion yuan of customers' funds, while Tenpay is managing a similar amount, sources close to the matter said. A central bank rule in 2010 stipulated that online payment firms must set aside provisions equal to at least 10 percent of clients' funds left in their payment accounts to reduce risks of misappropriation. But large payment firms, including Alipay and Tenpay, have not yet implemented the rules, sources said.

The huge amount of customers' deposits are often distributed by payment firms among dozens of bank accounts, making it difficult for regulators to track.

The complex capital flows of third-party payment firms have worried the central bank for their opacity and inadequate risk control.

"If a liquidity crisis breaks out, it will easily expand through the internet to a systematic crisis, and no single payment firm can afford the risks," said a central bank official who spoke on condition of anonymity.

The proposed clearing platform is expected to address these concerns as it will cut the direct link between third-party payment firms and banks, and set a clear boundary between payment and clearing services for risk control, the central bank official said. Instead, payment firms will connect with the new platform and clear their transactions through the platform, which will be linked with the central bank's clearing system, a PCAC source said.

Also, the creation of the platform will be a step toward putting customers' funds under centralized management and supervision, central bank officials said.

But building the new nexus for online transactions will involve massive work when it comes to business and technical issues. It will bring profound changes to China's online payment market, reshuffling relationships between payment firms, banks and UnionPay, the only existing interbank payment clearinghouse.

"The precondition is to make sure the platform is secure and neutral," the central bank official said, adding it will not change how customers use online payment services.

The new roadmap for online transaction clearing service will inevitably result in clashes and redefined interests among different parties, a senior PCAC said. "The arrangement of the shareholding structure of the new clearinghouse will affect the market influence" of different parties, he said.

According to internet business data provider iResearch, Alipay handled over 40 percent of third-party payments by the end of March, while Tenpay held about 20 percent. The rest were conducted by more than 200 firms that held a license to provide online payment services.

Many third-party payment providers are worried that the dominance of Alipay and Tenpay may allow the pair to influence or control the operation of the new clearinghouse.

"There shouldn't be any dominating shareholder in the clearinghouse," said Tang Ling, vice president of Lakala Payment Co., a third-party payment provider.

An executive of another payment firm agreed, saying, "If it ends up being dominated by one or two payment firms with a monopoly status, everyone will vote with their feet because it puts their data at risk."

Chen Zhong, a financial professor at Peking University, said the clearinghouse can learn from the shareholding structure of UnionPay, which was set up in 2002 with investments from over 100 banks but with none of the shareholders having more than a 5 percent stake.

A draft plan for the clearinghouse released in April by PACA showed that the new entity may have an initial capital investment of 50 million yuan from up to 50 investors. Shareholders will include only third-party payment companies, rather than any investment from banks or UnionPay.

But banks have shown caution about the proposed platform. People with knowledge of the matter told Caixin that big banks such as Industrial and Commercial Bank of China and the Agricultural Bank of China, as well as a number of smaller banks, have opposed the plan due to concerns that their respective businesses may be affected.

A staffer at a state bank's online banking department said the clearinghouse plan placed banks in an "unfair" position. Third-party payment firms can still use banks' gateways to make payments through the clearing platform without giving banks any details about the transactions, which makes it hard for banks to verify the money transfers.

But a central bank official said that compared with current operations, the clearinghouse will "make the information of payers and receivers more transparent."

Sources close to the PCAC told Caixin that the new clearinghouse will have one controlling center and two or three processing centers located in different cities. But there is still debate about how the technology framework should be built. An official at the central bank's clearing and settlement department told Caixin that the bank is planning to develop the new clearing platform on the basis of existing clearing systems created by Alipay and Tenpay, which have already connected with many banks and their massive customer bases.

But the plan has triggered concern that it may grant too much power and influence to the two companies.

There are also security concerns about using the existing system.

"Many people are worried about whether the institution operating the current system may leave a backdoor to access information" from the future platform, said an executive of a third-party payment provider. "It will be very difficult to detect." The clearinghouse must be operated by an independent and neutral team, or it will hurt fair competition, the executive said.

Meanwhile, it will be a challenging task for the new clearinghouse to unify technical standards for all third-party payment providers to connect with the platform, said Lakala Payment's Tang. Currently, different firms have different standards.

Several sources from the payment industry expect it will take at least a year for the central bank and PCAC to finalize all technical standards and business arrangements of the new clearinghouse.

"The clearinghouse must lay solid foundation for neutral operation, information security and system stability. Otherwise, it may have too little regulatory control and pass risks to the banking system," said a source at E-Capital Transfer Co., a Shanghai-based internet finance company.