By Zhang Yu and Dong Tongjian 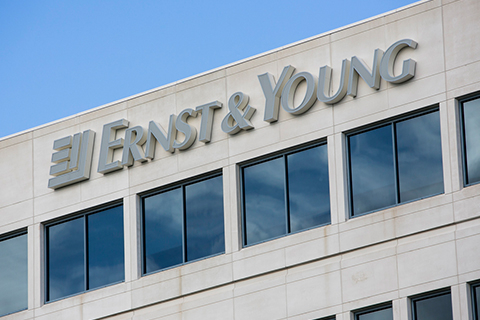 Dozens of peer-to-peer online financing investors lodged an hours-long protest in front of Ernst & Young in Shanghai last Friday — only to learn they had targeted the wrong business.

At about noon, dozens of P2P investors gathered in front of the EY office in the bustling financial district of Lujiazui in Shanghai. They complained they lost money after investing in Uprosper Asset, an online lender that boasted of a "strategic cooperation" with EY, one of the "big four" audit firms. Some protestors refused to leave until 6 p.m.

However, the London-based EY dismissed any strategic cooperation with the P2P lender and told Caixin it has never audited or commented on that company's financial reports.

EY demanded the online lending company remove all "relevant falsified information." Since then, the names of all companies with whom the P2P site claimed to have a partnership have been deleted.

Uprosper said it manages investments in private equity, pre-IPO equity, secondary and even overseas markets by "cooperating with internationally renowned investment banks and institutions." It mentioned Ernst & Young, China Construction Bank and Dentons, a global law firm, according to information once on its website.

In June, Usprosper Asset owner Wang Mian disappeared, causing investor panic and a cash crunch at the P2P platform. Since then, 2,216 investors have been unable to get back a combined estimated 436 million yuan ($65.2 million).

The P2P industry has seen rapid growth in recent years, as the number of online lenders has tripled since the end of 2013 to about 2,200 at present. They operate largely in a regulatory vacuum, and more than 1,000 have been shut down or run into financial difficulty, unable to return investors' money.