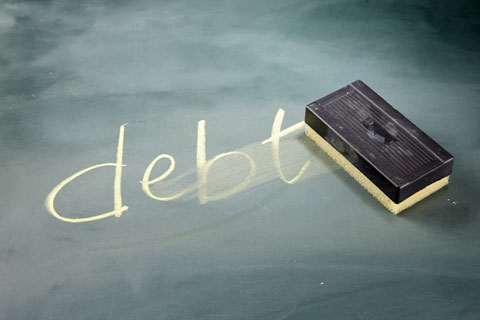 (Beijing) -- The government has approved a first-of-its-kind debt restructuring for a troubled metals and mining conglomerate, kick-starting a long-discussed program aimed at rescuing heavily indebted state enterprises through debt-equity swaps.

Overdue bank loans worth 30 billion yuan ($4.49 billion) will be replaced by convertible bonds and later converted into equity on behalf of Sinosteel Corp., according to the unpublished plan approved recently by the State Council, China's cabinet, and seen by Caixin.

The plan calls for Sinosteel to form a new subsidiary in which future equity holders will hold stakes. The subsidiary will be eligible for government support.

Indeed, according to the plan, the subsidiary will receive an initial investment of 10 billion yuan from the central government's State-owned Assets Supervision and Administration Commission. That injection plus as-yet-unnamed assets transferred to the subsidiary from Sinosteel will provide equity backing.

A number of indebted SOEs clawed out of debt thanks to a 1999-2004 debt-equity program through which government-backed asset management firms bought non-performing loans from banks. Some of that debt was later converted into stock.

Beijing authorities consider the latest program a strategic plank in a broad effort to defuse the nation's corporate-debt problem.

According to second-quarter data released by the China Banking Regulatory Commission, commercial banks held a combined 1.4 trillion yuan worth of non-performing debt, most of which was owed by companies. Officially, 1.75 percent of all commercial bank loans were in default at the end of June.

But regulators say this data may be telling only part of the story: Many fear the amount of toxic debt held by banks could be much greater, partly because banks have used creative accounting methods to hide bad debt, sometimes with government support.

Certain heavily indebted SOEs have been dubbed "zombie enterprises" because they pay employees but produce little or nothing. These companies are kept artificially alive in hopes of staving off layoffs.

Sinosteel, which operates mines and factories while also trading iron products, is not considered a zombie — at least not yet.

The company was favored by banks years ago when the Chinese economy was booming. But later the tide turned, and as of December 2014, the firm and its subsidiaries had defaulted on loans worth more than 100 billion yuan, including 75 billion yuan borrowed from more than 80 Chinese and foreign banks, according to a government-led committee formed by creditors to resolve the debt problem.

Sinosteel is "not turning into a zombie enterprise yet," said a source at one of its creditor banks who asked not to be named. In fact, he said, the company has good assets and is worth saving.

"There's hope that by stripping off some debt, it can manage to make the other assets work," the source said.

The 30 billion yuan in loans slated to be converted into bonds is about half the amount Sinosteel currently owes creditors, according to the restructuring plan. The company will continue to pay off the other half along with about 3 percent annual interest.

Participating banks will hold the Sinosteel subsidiary bonds for three years before equity conversions can begin, according to the plan. The subsidiary may eventually launch an initial public offering, giving equity holders a chance to sell out.

Whether banks will be able to turn a profit by selling Sinosteel subsidiary equity on the stock market in the long run hinges on "how well the new company operates in the future," said a creditor bank source.

Converting debt into equity is not necessarily what Sinosteel's creditors wanted, said another creditor bank source. Rather, the swap represents a compromise that the banks must accept.

"The economy is slowing down, so the government and banks have to make tough choices," he said. "Banks have to find a balance and ride it out … because they'd be even more helpless if a borrowing enterprise fails completely."