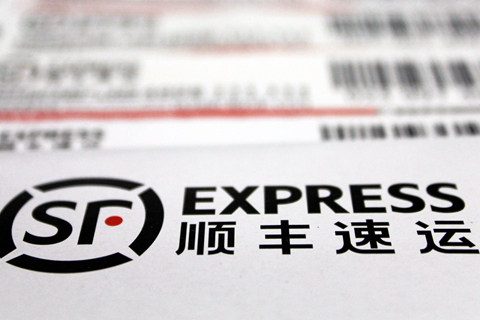 (Beijing) — S.F. Express, China's largest private courier company, has won approval from the securities regulator for an initial public offering in Shenzhen through a reverse takeover.

The China Securities Regulatory Commission on Tuesday gave the nod to a plan for Shenzhen-listed rare-earths producer Maanshan Dingtai Rare Earth & New Materials Co., to merge with S.F. Holding Group, the parent of S.F. Express, via asset swaps and a new share issuance.

The plan will allow S.F. Express to go public through a so-called backdoor listing, and the company was valued at 43.3 billion yuan ($6.4 billion), according to Maanshan's filing to the Shenzhen Stock Exchange in May.

But the CSRC approved the plan only on condition that S.F. Express submit additional material within 10 days to prove the neutrality of China Merchants Securities in the listing process. Shenzhen-based brokerage China Merchants, along with Oriza Holdings, Citic Capital and other private equity investors, bought a 25 percent stake in S.F. Holdings in 2013 for an undisclosed amount.

S.F. Express announced the plan to raise 8 billion yuan in May to fund the construction of information platforms and logistics facility projects and to purchase equipment.

Established in 1993, S.F. Express is China's largest private delivery firm, which operates a fleet of 30 cargo aircraft and about 150,000 delivery vehicles. It has expanded services into 200 countries and regions, according to the company's website.

S.F. Express reported revenue of 47.3 billion yuan in 2015, with a net profit of 1.6 billion yuan. The company forecasts that its net profit will reach 2.1 billion yuan this year and exceed 3.4 billion yuan by 2018, according to documents in the listing plan.

The CSRC in July approved YTO Express's plan to raise 2.3 billion yuan by listing through a suit maker, while STO Express' 4.8 billion yuan listing plan is still under review. In addition, another major private courier, ZTO Express, said earlier this month that it had submitted an application for a $1.5 billion IPO on the New York Stock Exchange.