By Chen Na and Shi Rui 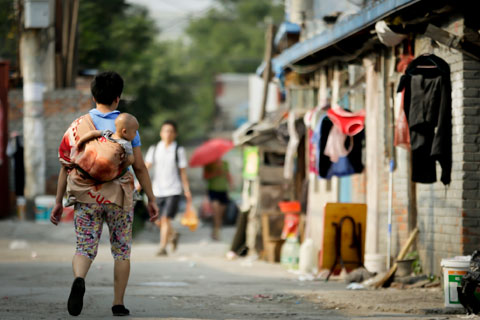 (Beijing) — Children in rural areas of China suffer from slow cognitive development due to a lack of proper parenting and nutrition, casting a shadow over the future of the country's economy, a Stanford University study shows.

Scott Rozelle, co-director of the Stanford University Rural Education Action Program (REAP), told Caixin that more than half of the toddlers 24 to 30 months old and about 40% of the infants 6 to 18 months old scored below average in IQ tests. The average IQ score for these age groups should range between 90 to 109.

By monitoring the development of 2,500 children across Shaanxi, Hebei and Yunnan provinces in 2015, the REAP study found that the poor development of rural children was mostly due to poor parenting.

Only about 5% of parents in rural areas read books to their children, and 70% of families surveyed possessed only one book, or no books at all, the study showed.

"Chinese families love their children but don't know much about parenting," Rozelle said. "They think reading a book or singing to their babies is silly because they think 'They're just babies.' "

The situation in rural areas could pose a major challenge for China as the country shifts its economy from traditional low-margin manufacturing to services and technology, Rozelle said. If learning difficulties cannot be overcome before a child reaches the age of 3 — a crucial window for child development — hundreds of millions of young people could be in danger of becoming permanently impaired physically and developmentally.

"Ultimately, if China becomes a high-wage, high-income society, a large share of these children will be unemployable," he said.

Malnutrition also contributes to slower intellectual development, the study showed. More than 70% of infants 6 to 18 months old in Yunnan have anemia — a lack of red cells that ferry oxygen around the body. The figure is about 60% in Hebei, and 50% in Shaanxi.

While nutritional supplements could help promote improved cognitive skills, the impact was seen to be relatively small and only aided infants 6 to 18 months old, the study showed.