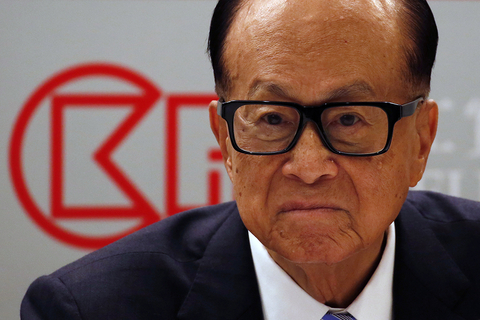 (Hong Kong) — Hong Kong business tycoon Li Ka-shing has agreed to sell an office and retail property complex in Shanghai to an unnamed insurance company for 20 billion yuan ($2.95 billion), the latest property divestment on the Chinese mainland by the Hong Kong multibillionaire.

Cheung Kong said the buyer was a special purpose vehicle, majority-owned by "an established insurer," without disclosing its name. The remaining minority stake will be held by two funds managed by ARA Asset Management Ltd., which is partly owned by Li, according to the filing.

The divestment comes as the offshore yuan continued its slide against the U.S. dollar, hitting a six-year low on Thursday, and as China's economy decelerated to its slowest growth rate in more than two decades.

"There are various risk factors and uncertainties in China's market, and at the same time, there are a lot of investment opportunities globally," said Thomas Lam, head of valuation and consultancy department at Knight Frank, a London-based property consultancy group. "I believe that this is a good timing to offload some properties and to look for other investment opportunities with higher returns."

In recent years, Li and his family have been disposing of office and retail space in Shanghai, Beijing, Nanjing and Guangzhou while launching into an acquisition spree in Europe. This has stoked speculation that Li — rated by Forbes magazine as the richest man in Hong Kong — is staging a calculated pullout from the Chinese market.

The Hong Kong tycoon reportedly put Century Link up for sale last year with an asking price of more than 16 billion yuan.