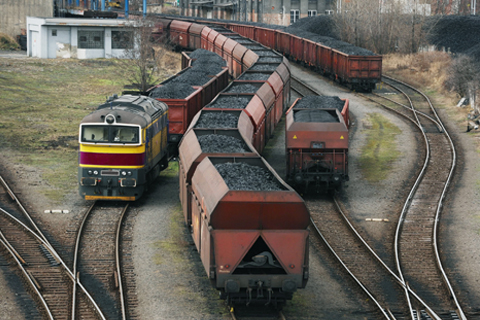 (Beijing) — China's railway operator has raised the price for coal shipments to the highest level allowed by the government, Caixin has learned, as demand for the fuel increases because of winter, and as regulators crack down on overloaded trucks.

The Taiyuan and Lanzhou offices of China Railway Corp. (CRC) have raised the price for coal shipments to 17.06 fen (2.5 U.S. cents) per ton, according to people with knowledge of the matter. Railway transportation companies are allowed to increase the shipping price by only 10% from 15.51 fen per ton, a price set by the National Development and Reform Commission (NDRC), China's state planner.

Such price-setting was common in China's past when the country was a planned economy. Beijing still uses such practices selectively, but has gradually moved to a more market-oriented system over the last two decades as part of its broader economic reform.

After years of decline due to sagging demand, China's rail freight volumes have started to recover in recent months as power generators stock up on coal ahead of the winter. In October, CRC transported 170 million tons of coal, up 6.6% from a year earlier, according to data from the company.

Since November, more than 1.25 million tons of coal has been transported every day on the Datong-Qinhuangdong line, which runs through Shanxi and Hebei provinces, two of China's biggest coal-producing areas, said a person close to CRC's Taiyuan office.

A crackdown on overloaded trucks is also contributing to the strong demand for freight trains, said a person at the NDRC. A new set of rules issued by the Ministry of Transport stipulated that as of Sept. 21, a truck and the goods it carries cannot weigh more than a combined 49 tons.

The rise in shipping rates comes as coal prices have soared in recent weeks as a side effect of radical government measures to trim overcapacity and fight pollution. The Bohai-Rim Steam-Coal Price Index, which measures domestic thermal-coal prices in the country, has risen 64% from the beginning of the year to 606 yuan per ton last week.