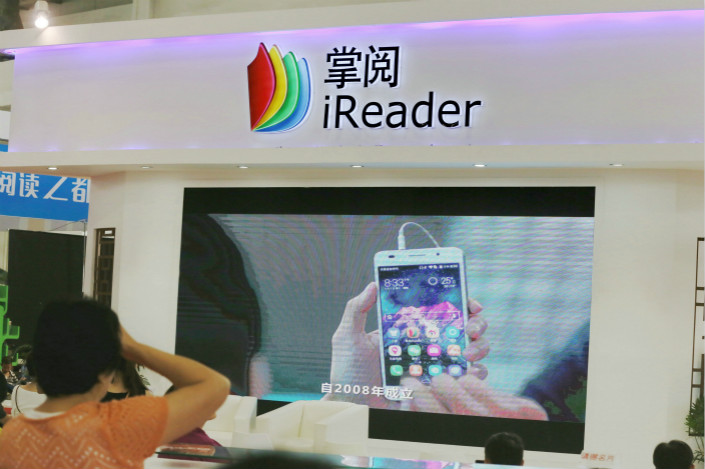 IReader did not identify the sources of the optimistic reports, though the company noted that it posted an 11% annual profit on average between 2014 and 2016. Photo: Visual China

In a stock exchange filing, IReader said some securities brokers may have gone too far when forecasting the recently-listed company’s 2017 financial performance, igniting an investor frenzy.

The platform operator, which also develops software and offers a device for reading e-books, said in the filing Tuesday that four separate brokerage reports had predicted IReader’s profits would grow 103% on average in 2017. The filing then cited “discrepancies” between the company’s actual performance and the forecasts. “IReader attracted so much attention in the short term that even the company wants things to cool down,” a media sector analyst at one brokerage told Caixin.

IReader did not identify the sources of the optimistic reports. But it noted that the company posted a modest 11% profit on average annually between 2014 and 2016.

Shares in IReader have climbed more than 600% since the heavily oversubscribed stock debuted on Sept. 21 on the Shanghai Stock Exchange. Shares topped 35 yuan ($5.27) per share Wednesday, compared to 4.05 yuan on the first day of trading.

The media analyst said investors have been upbeat about online reading platforms such as IReader against the backdrop of a Chinese government crackdown on piracy, an increasing amount of content, and growing opportunities for user-pay business models.

A plan for an initial public offering (IPO) for a Tencent unit called China Literature was unveiled this week on the Hong Kong Stock Exchange. The company hopes to raise up to 8.3 billion Hong Kong dollars ($1.1 billion), exceeding earlier expectations of between $600 million and $800 million, when trading starts Nov. 8.

China Literature’s IPO is expected to be one of the largest this year for a Chinese internet firm.

An IReader statement said the online reading sector is still in a development stage, shadowed be a degree of uncertainty. “As the industry rapidly develops in the future,” it said, “business models will also inevitably have to change.”

IReader’s statement said it’s unclear whether the company can adapt to future changes.