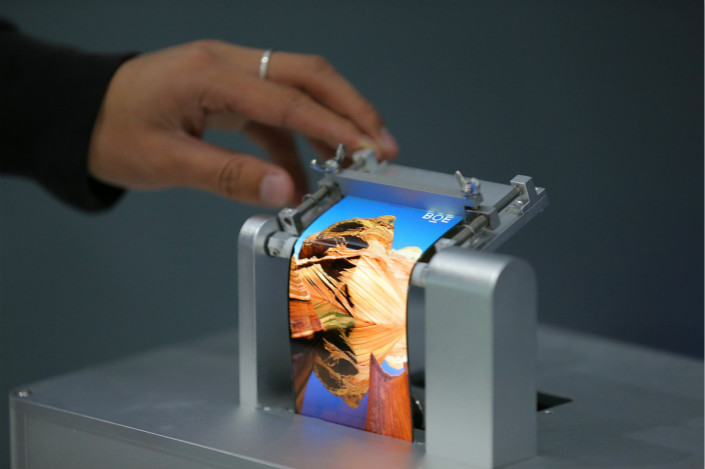 Display maker BOE Technology Group Co. Ltd. said on Friday it will participate in two new projects with up to nearly 100 billion yuan ($15.0 billion) in total investments in the cities of Chongqing and Wuhan.

One project will see the company co-invest 46.5 billion yuan with the city of Chongqing to build a sixth-generation AMOLED flexible-display production line, according to a company filing to the Shenzhen Stock Exchange. (link in Chinese) The project will have registered capital of 26 billion yuan, with BOE supplying 10 billion and the city supplying the rest of the initial amount.

BOE will hold 38.5% of the project, while three local partners designated by Chongqing with hold the remainder. It will have a designed capacity of 48,000 displays per month.

The project will manufacture a new generation of flexible displays for use in smartphones, notebook computers, and the interior of cars and other vehicles. Such displays are at the cutting edge of the sector, opening up the possibility for someday making devices that have screens that can be folded and rolled up, making them more portable than today’s models.

The second project will involve a similar investment in the Central China city of Wuhan, where BOE will build another 46-billion-yuan plant specializing in the manufacture of large-screen 10.5 generation TFT-LCD screens, according to a separate stock exchange filing. (link in Chinese)

That project will also have registered capital of 26 billion yuan. BOE will put up a more modest 6 billion yuan for 23% of the project, while a local party designated by the Wuhan government will be responsible for the rest, according to the statement. The facility will be able to make 65- and 75-inch LCD screens, with a capacity of 120,000 per month.

BOE has emerged in recent years as one of China’s leading makers of high-tech display screens used in a growing number of devices, from public displays to notebook PCs, televisions and smartphones. Other leading Chinese players include TCL Corp. and Tianma Microelectronics Co. Ltd. Such companies can often count on strong financial and other support from local governments eager to build such high-tech facilities around the country.